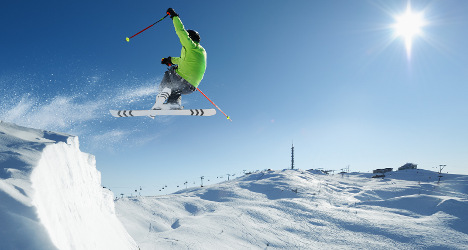 “You’d have to go back several decades to find pre-season snow like this.” France set for "exceptional" start to ski season, this weekend. Photo: Bigstock

The 2013-2014 ski season in France looks set to be a promising one, with dozens of stations in both the Alps and Pyrénées opening this weekend under “exceptional” conditions, according to French media reports.

If you’ve been debating whether or not to dust off your skiis and make your way to the south of France sooner rather than later, the weather may have made your decision for you.

“The white gold has fallen in abundance, and we’re seeing a pretty exceptional start to the season,” weather forecaster Régis Crépet told Le Figaro on Thursday.

In the Pyrénées, according to regional newspaper Sud Ouest, “you’d have to go back several decades to find pre-season snow like this.”

The perfect slope conditions in the Alps are thanks to a recent wave of what Crépet calls “Arctic” snowfalls, the first of which left 220,000 homes without power in southwestern and central France.

In the Pyrénées, meanwhile, low overnight temperatures have “contributed to a compacted and resistant sub-layer [of snow] which should see out the whole season,” according to Sud Ouest.

GUEST BLOG: Why the French Alps lure expats back every year

For his part, Jean-Henri Mir, president of the Pyrénées regional tourism board was understandably elated.

“We are delighted to welcome skiiers with conditions like these,” he told Sud Ouest on Friday.

“And with this persistent dry freeze, we should avoid that nasty rise in temperatures that usually follows snowfall in November,” he added.

In the Alps, expert Crépet is predicting more snow will fall in the coming weeks, going so far as to call for a good Christmas on the pistes.

The only place to be come Saturday morning and beyond, it would seem, is scything down the slopes of the Pyrénées or the Alps.

With that in mind, check out this handy list of stations open this weekend, via France Montagnes. For comprehensive updates on slope details and openings, go to their website, http://www.france-montagnes.com, or click on the list below.