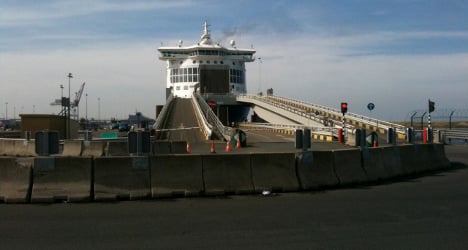 A British couple were killed on Friday in a car crash shortly after disembarking a ferry at the English Channel Port of Dunkirk. Photo: Jaro Gielens

A British couple were killed in a road accident Friday after disembarking from a ferry at Loon-Plage near Dunkirk, police said.

The couple's car was crushed between two heavy trucks on a road leading from the disembarkation point to highway A16 around 11:30 am (1030 GMT).

The first truck had stopped suddenly and the second rammed the couple's car from behind.

The couple were both aged 54. No further details of their identities were available.

The Polish truck driver who hit their car and suffered minor injuries said he had been unable to stop in time.

According to AFP's sources tests were carried out immediately on the two drivers to check whether they over the drink driving limit, but both tested negative.