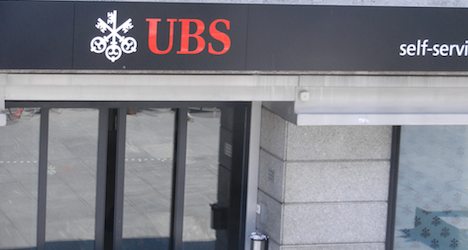 The UBS headquarters in Paris were raided on Wednesday in an ongoing probe intotax fraud. Photo: The Local Switzerland

French investigators on Wednesday raided the Paris headquarters of the local arm of Swiss bank UBS, which has been placed under investigation for allegedly helping rich clients hide money in undeclared accounts.

It was the second time the premises had been searched since a probe was launched in February 2012, the bank said in a statement.

It said the visit was conducted by investigating judge Guillaume Daieff, part of a team probing UBS France for money laundering and tax fraud.

UBS France said searches were "normal in such investigations" and added that it had cooperated with authorities.

France's banking watchdog in June fined UBS's French arm €10 million ($13 million) over the affair, a sum the bank said was a disproportionate punishment.

The ACP, the Bank of France's regulatory arm, had been alerted to the undeclared accounts between 2002 and 2007.

The ACP said the bank had been lax in taking corrective measures and waited 18 months to "put in controls to rectify this trans-border activity".

The French probe came after a former UBS employee blew the whistle on the hidden accounts.