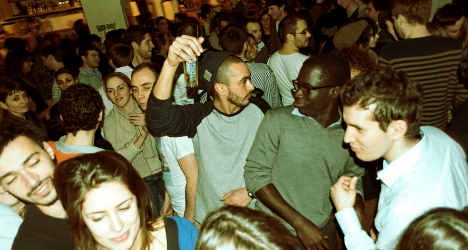 There has been a lot of talk in recent years about Paris being "the European capital of boredom," and a shadow of its former decadent self.

It's become such an issue, in fact, that clubbers, DJs and nightowls in the City of Light recently elected its very first "Nightlife Mayor", in the hopes of rejuvenating the scene.

The winner, Clément Léon, said his overall aim as Nightlife Mayor is to restore the French capital’s reputation as a global cultural centre, by night as much as by day, and to make it the rival to Barcelona and Amsterdam that it once was.

“Paris cannot and must not become a 'dormitory town'…Let’s not be the laughing stock of Europe. Let’s make Paris, and its nightlife, great again,” he wrote last Thursday.

But despite all the noise pollution complaints, and the talk of decline, readers of The Local apparently still find more than enough to do in the wee hours of the weekend.

Whether you're looking to shoot the breeze with eccentric, well-lubricated locals, tear up the dancefloor till dawn, or go celebrity-spotting at chic and exclusive nightclubs, Paris has it all, and well into early hours, too.

So before you head out on the town, don't make any plans until you check out the Top 10 Paris hangouts for late-night revelry