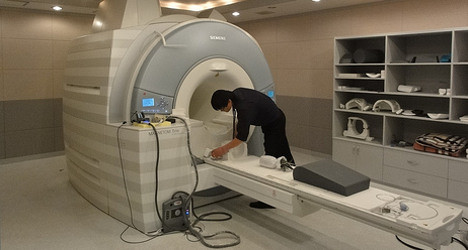 French care health is in good nick but it has some ailments. Photo: JGMarcelino

France’s health system still compares favourably to those of many developed countries around the world. This was the conclusion of an in depth health report by the Paris-based Organisation for Economic Co-operation and Development (OECD) for France where life expectancy stands at 82, slightly above the OECD average of 80.

In its report the OECD commended France for the fact that the relatively low costs that patients have to pay up-front (8 percent) which remains the second lowest amount in the 34 developed countries in the OECD, after the Netherlands.

Figures in the report revealed that health spending in France accounted for 11.6 percent of its GDP, which put it second place in the European league table, again behind the Netherlands, where health spending represented 11.9 percent of the country’s GDP. In the United States it stands at 17.7 percent.

Despite recent reports highlighting the gaping hole in France’s Social Security budget, Gaetan Lafortune, one of the authors of the report told The Local the French government’s spending has not in fact,  been unbridled.

“What is interesting with France is that there is often this feeling that government spending on health care in France is often out of control but that is not the case, it has been kept well in control.

“The problem for France is just the revenues have not been coming in.

“France has a good health system. The World Health Organisation once said it was the best, we cannot say that, because it’s too complicated to really compare.

“We are saying the service is good and the part that the public have to pay up front is relatively small. In terms of prevention of diseases there’s been a lot of effort in recent years and those efforts should continue,” Lafortune added.

According to the OECD France needs to increase the number of people who have access to the flu vaccination and improve its screening rates in order to catch certain types of cancer early.

“France has made significant progress” over the past decade on breast cancer screening which now covers 50 percent of the target population, but this is still far below the rate of 75 percent achieved in countries such as Finland and Norway.

France was also described a “bad student” when it came to the number of generic drugs that were available. In France generics account for only around one quarter of the market compared to three quarters in neighbours Germany. More effort needs to be done to encourage doctors and pharmacists to hand out generic pills, Lafortune said.

France also faces the challenge of the dealing with the phenomenon of “deserts medicaux” (medical deserts) which are mostly in rural areas that have been left without enough doctors and medical facilities.

Lafortune says the greatest challenge will for France to continue providing a good health service despite future budget constraints.

“France still needs to do more to save money and improve efficiency. The challenge will be to reduce costs without affecting the quality of care," he said.