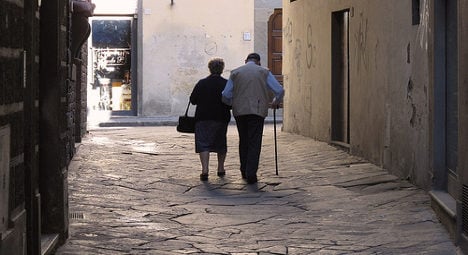 A couple, both aged 86, were found dead in their room in a luxury hotel in the 6th arrondissement of the French capital on Friday. France's Metro newspaper reported the hotel in question was the Lutetia, one of Paris's best known hotels on the Left Bank.

Staff, who discovered their bodies also found a suicide note in the room, in which it is believed they explained their motives for taking their own lives, police sources told French media.

Little of their tragic tale is known, but according to reports in the French press, it appears the couple checked themselves in to the "grand hotel" to spend their final night together before bringing an end to their lives.

Police sources told French media the couple had ordered breakfast to be delivered to their room “no doubt in order to ensure their bodies were discovered by hotel staff.”

The nationalities of the couple, or where they lived, are not known. (The Lutetia hotel, where the tragic suicide reportedly took place)

Their deaths come as report by the Organisation for Economic Co-operation and Development (OECD) on the subject of health showed that suicide rates in France were still well above European and OECD averages.

Tragic suicide stories like that of the couple in their eighties on Friday frequently end up in the French press but experts say not enough is being done to tackle the issue in France.

Jean-Claude Delgenes, the director of Technologia, a company that highlights safety concerns for workers, told The Local that France has been left lagging behind its European neighbours when it comes to trying to prevent suicide.

“For a lot of issues, whether it's suicide, cancer, or the dangers of asbestos, France was left behind when it came to creating programmes and policies geared towards prevention.

"By opting for a proactive and consistent policy, we can bring down the mortality rate, as has been the case with the number of road deaths,” he added.

To mark World Suicide Prevention Day in September, the French government finally heeded the calls of various charities and experts and set up a National Observatory on Suicide Risks.

The Observatory was launched by Health Minister Marisol Touraine and will have three main missions: to gather information on suicide from various sources, conduct additional studies that are deemed necessary and to propose action to prevent suicide.