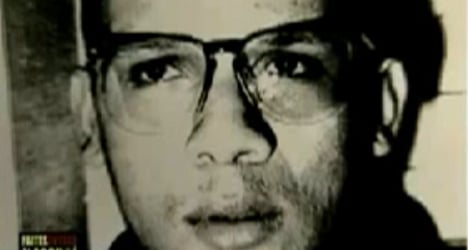 Who is Abdelhakim Dekhar?

He’s a 47-year-old former far-left militant who French police believe was responsible for two shootings and a carjacking in and around Paris this week.

Dekhar was arrested on Wednesday in an underground carpark in the western Paris suburb of Bois-Colombes, found in a vehicle in a semi-conscious state after what Interior Minister Manuel Valls said was most likely a suicide attempt.

Indeed, a letter found in the vehicle made reference to his own death.

A second, found at the home he had stayed in the night before, was "delusional" and incoherent, evoking "fascist conspiracies", attacking banks, prisons and especially the French media, whom Dekhar labelled "journo-whores" ("journaputes"), according to Le Figaro.

DNA evidence strongly points to Dekhar, who lived for years in London, being the gunman hunted by police for three days, who provoked panic on the streets of Paris after shooting a photographer at the offices of left-wing newspaper Liberation and then outside the headquarters of Société Générale at La Défense, the financial district of Paris.

The gunman, however, went to ground on Monday night, and remained untraced until Wednesday, when a massive manhunt throughout the French capital and its surrounding area finally came to an end.

When Dekhar was named in the early hours of Thursday morning, French media quickly came to the chilling realization that they had heard the name before.

What was Dekhar known for in the past?

One report has called Dekhar a “phantom from the 1990s”, after it emerged that the man suspected of bringing terror to the streets of Paris for three days, was the same “mysterious figure” sent to jail 15 years ago.

In 1998, Dekhar was convicted of providing the gun used by notorious far-left ‘Bonnie and Clyde’ couple Florence Rey and Audry Maupin in a 1994 robbery-gone-bad that killed three policemen and a taxi driver in 1994.

Rey, a 19-year-old philosophy student, and Maupin, were already known to French intelligence services as radical leftists and anarchists when, on October 4th, 1994, they sprayed two police officers with tear gas in an attempt to steal their service weapons in a Paris carpark.

With his comrades weaponless, none other than Abdelhakim Dekhar stepped in – handing them his shotgun and leaving the scene.

The episode escalated violently, with Maupin and Rey hijacking an occupied taxi at gunpoint, before deliberately crashing into a police car and killing two officers and the taxi-driver in the resulting shootout.

The pair then hijacked a second car, and in the chaotic following moments, shot and killed a motorcyle policeman. Maupin himself was shot by police, and Rey famously kissed him goodbye before she was arrested, and he died of his injuries later that night.

Rey was imprisoned until 2009. Dekhar was accused of being a mentor to the passionate couple, and manipulating their youth and impressionability to deepen their involvement in the militant activities of far-left Paris squatters in the 1990s.

Well known to French secret services, Dekhar had claimed that far from being a left-wing terrorist, he was in fact an undercover Algerian agent, infiltrating those groups in France, to root out those working with Islamists in the north African country.

After serving four years in prison for the gun conviction, Dekhar is thought to have fled France for a number of years – disappearing off the radar of French intelligence services.

He returned this week, however, with what police believe was a three-day campaign of terror on the streets of Paris.

How was he caught?

On Wednesday, police in the western suburb of Courbevoie received a tip-off from a member of the public who claimed to have harboured the suspected shooter.

Dekhar worked in a restaurant in the British capital, Molins said. He came to France in July with the intention of staying here a month but never returned to London.

The tip off from the member of the public led police to an underground car park in the nearby suburb of Bois-Colombes, where they came across a man with a “strong physical resemblance” to the suspected gunman.

The man later identified as Dekhar was found in a “semi-conscious state” in a vehicle, after apparently attempting to kill himself with an overdose of medication, according to Interior Minister Valls.

A DNA sample was taken from him, and matched with DNA found at the scenes of the shootings at Libération and Société Générale. When the results came back, investigators were given a name they knew only too well.