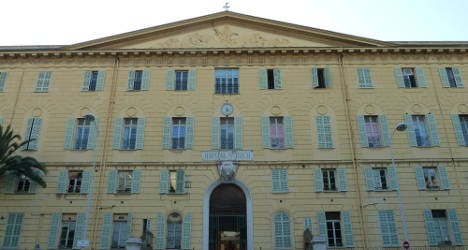 The alarm was raised at around 8.15pm on Sunday night, after the four men charged into the Saint-Roch hospital in the Riviera city of Nice, sending patients and staff running for cover.

The men, at least one of them bearded, were dressed in turbans and djellabahs – north African robes – and brandished what appeared to be guns, hospital director Martine Rajzman told AFP.

Their presence in the hospital caused widespread panic among patients and staff, and emergency services apparently took no chances in their response, fearing they were in the midst of the kind of terrorist attack dreaded for years by French authorities.

Incoming ambulances were diverted and patients evacuated to a different part of the hospital.

Employees were ordered to lock themselves in their offices, and between 50 to 70 police officers were deployed to hunt down the apparent terrorists, who one witness told local newspaper Nice Matin were carrying what looked like M16 or Kalashnikov assault rifles.

Furthermore, the neighbourhood surrounding the Saint-Roch hospital in the centre of Nice, was placed on lockdown by authorities.

After 45 minutes, the four men were found and arrested in the corridors of the institution, without any struggle or injury to anyone.

It turned out the men were not part of a cell intent on causing widespread terror in the Riviera city, but four dental students carrying out a harebrained prank.

Only when they were detained and had their imitation firearms confiscated did they comprehend just how seriously their badly-judged joke had backfired, according to Rajzman.

“The four lads had a dismayed look about them, having suddenly realized the consequences of their actions,” she told AFP.

The “terrorist cell” was hauled off to a local police station on Sunday night to be interrogated about what hospital director Rajzman said appeared to be a “bad joke.”

The reaction to the prank by hospital authorities should perhaps come as no surprise given that France has been on heightened alert for possible terrorist attacks since it sent its troops into Mali to fight Islamist militants.