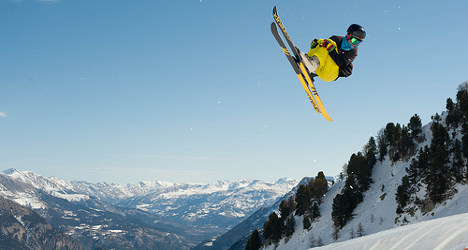 The five ski pistes of about 10 kilometres (six miles) are located on a local glacier at an altitude of between 2,600 and 3,300 metres (8,500 to 10,800 feet). They will now be open every weekend up to December 6 when the season was originally scheduled to start.

"Conditions on the glacier are excellent," said Fabrice Hurth, head of the local tourist office. "It is rare that we open this early in such good conditions."

Alpe d'Huez, in the northern French Alps, expects more snow overnight Thursday to Friday with up to 40 centimetres (1.3 feet) of powder in areas over 1,500 metres (5,000 feet).

A bumper winter for snow in the Alps and Pyrenees had helped France retain its crown as the world's top skiing destination, figures published in September showed.

Piste-bashers racked up a total of 57.9 million days skiing over the 2012-13 season, a rise of 4.9 percent on the previous season.

The United States trailed in second place with 56.9 million days spent on the slopes, a rise of 11.7 percent.

The United States was the traditional holder of the top position until being dethroned by France last year.

Laurent Reynaud from DSF (Domaines Skiables de France) told The Local that France remained top of the table thanks to a combination of affordability and having the biggest and best resorts.

“The main reason is the price of the ski passes in France, which remain the cheapest in the world in relation to the size of the resorts.

“The second reason is the size of our resorts and the fact that unlike in other countries many of them are connected, which means skiers do not have to take transport between the various ski ifts.

“Since the 70s we have been designing resorts specifically for skiing and this has proved to be a real asset,” he added. “We have also been building lots of accommodation that meet the expectations of our clients."