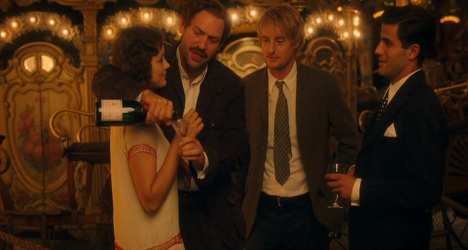 "I don’t lament the closing down of what are essentially stripclubs and brothels. And I do, as it happens, like a good cup of coffee." Have hipsters really ruined Paris? Photo: Joe0744/Flickr

Tongues have been wagging in Paris and beyond, after the publication over the weekend of a controversial New York Times opinion piece claiming that hipsters had ruined Paris.

The essay, by American writer Thomas Chatterton Williams, mourned the replacement of “gay Paree” and its brothels and “the whiff of dirt and sex”, with a “scrubbed and homogenized” Paris, filled with “organic grocers, tasteful bistros…and American cocktail bars.”

But has Paris really been “ruined”? And are the hipsters and the bobos (“bourgeois-bohemians”), responsible?

The Local asked Terry Craven, an English book-seller at the fabled Shakespeare & Company bookstore, who has lived in Paris for five years and describes himself as a “borderline bobo”.

The demise of which 'authentic' Paris?

Living in Paris as I do, I see and understand a lot of what Thomas Chatterton Williams refers to in his opinion piece, and I’d be the first person to speak against the many flaws of gentrification, in Paris as much as any city.

I don’t hang out all day in trendy cafés, but I do unashamedly enjoy their coffee, and I’m aware of my small role in the process of change that parts of Paris are undergoing.

There are some real contradictions and ironies, however, in Williams' condemnation of hipsters as the ruiners of the French capital.

On the one hand, he acknowledges that Paris, like all major cities, has always been in a state of flux – culturally, economically, and demographically.

“A palimpsest of different cities,” he calls it. And yet without the slightest hint of irony, Williams goes on to say that it’s the “authentic” layer of Paris that is under attack from a ruthless of coterie of hipsters.

Which authentic layer is that? Medieval Paris? The catacombs that sprawl beneath the city? Hausmann’s Paris?

No, it’s “the Paris of Alexandre Dumas, Victor Hugo, Gustave Moreau and Pierre-Auguste Renoir” that is authentic, he explains, naming two writers and two artists active in roughly the same 60-year period in the city’s almost 2,000-year history.

SEE ALSO: TOP 10 TIPS – How to pass for a Parisian

The fallacy of 'Golden Age thinking'

Creative types gathering in Parisian cafés and bistros to get drunk and talk too much is acceptable to Williams, it would seem, as long as it doesn’t happen in this century, and only if the wine and coffee they drink aren't organic.

This nostalgic fallacy is the same one Woody Allen dealt with in Midnight in Paris, where one of the main characters Paul, unwittingly foreshadows the epiphany that later comes to the protagonist Gil, a screenwriter obsessed with the expat, bohemian writers and artists of 1920s Paris.

“Nostalgia is denial – denial of the painful present,” he says. “The name for this denial is ‘Golden Age thinking’ – the erroneous notion that a different time period is better than the one one is living in.

"It’s a flaw in the romantic imagination of those people who find it difficult to cope with the present."

Paris has always been shifting, but now that it’s shifting from seedy “hostess bars” to coffee shops, Williams, it would seem, wants to call a halt.

The arbitrary nature of that double standard should be obvious.

I would question, incidentally, all this wistful and euphemised fondness for brothels.

In his piece, Williams seems to be comfortable with the “oldest profession” doggedly retaining its “special patrimonial status” in France.

Well, Parisian brothels may have been the setting for many a rip-roaring 19th century short story, but the reality of prostitution and human trafficking in modern France is rather different.

I don’t lament the closing down of what are essentially stripclubs and brothels. And I do, as it happens, like a good cup of coffee.

For this, Williams blames me and my ilk, for spoiling the culture of an entire city.

SEE ALSO: How to survive and thrive as an artist in Paris Looking for something 'real'? Leave the ninth arrondissement

If you’ve never visited Paris, believe me, this city is more than capable of giving you all of that.

If Williams would only stray a little beyond the ninth arrondissement, he’d find plenty of those “appealing, provocative and repulsive social realities” he values.

Williams’ neighbourhood, Pigalle, is just one small corner of Paris, one of the largest, most populous, most ethnically and culturally complex cities in the world.

The fact that, to him, “it feels like the one he left behind in Brooklyn” says more about his own narrow, mythologized view of a fictionalized “gay Paree”, than it does about the city itself.

There are certainly problems to be addressed with gentrification, but Paris is far from ruined, and it certainly hasn't been ruined by hipsters.
And if Williams can’t shake off what Woody Allen would call this “flaw in his own romantic imagination” and in some way see himself as part of the problem he laments, or do away with the Brooklyn-ite lens he views Paris through, it might not get better any time soon.

Terry Craven is a book-seller at Shakespeare & Company in Paris. Originally from Yorkshire in England, he is also one of the organizers of the Atelier Sainte Marthe, a new cultural workshop that seeks to connect artists and students with local communities in the Belleville neighbourhood of Paris. 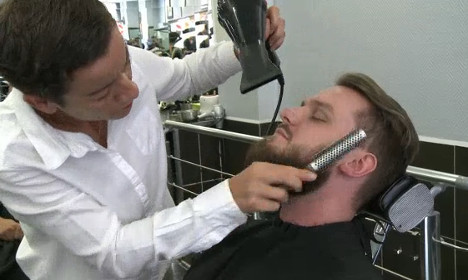 Up until now the hipster look has not been welcome in France’s police force, but a trade union claims it has successfully changed the rules so officers can have beards and tattoos.

The rules around appearance clearly stated that having a beard was forbidden without special authorisation and the hairstyle must “be compatible with the wearing of headgear”.

According to France's Huffington Post a recent internal document reminded officers of the rules, which were aimed at cracking down on “radical” looks, especially among new recruits.

But a trade union has been fighting against the strict rules and this week claimed a victory. Force Ouvrière announced on Wednesday that from now on police can have tattoos as well as a beard “as long as it is well cropped”.

“After two years of negotiations and as a result of strong demand from across the force, the union SGP Police-FO has obtained permission for officers to have beards and tattoos,” a statement from the union said.

But police officers cannot just go out and get any old tattoo. There will of course be some restrictions.

“The tattoos must not be racist, political, religious or xenophobic. And as for the beard, it must be neat and compatible with the wearing of equipment.

“If we want the police force to be closer to the public, we need to adapt to changes in society and renew the rules, that date back to 1974,” Yves Lefebvre, national secretary of the union, told Les Echos.

“The beard must be neat and trimmed, we don’t want the kind of beard seen in the foreign legionnaires,” he said.

The famous “hipster cop” from London (see below) could soon be making an appearance in France.