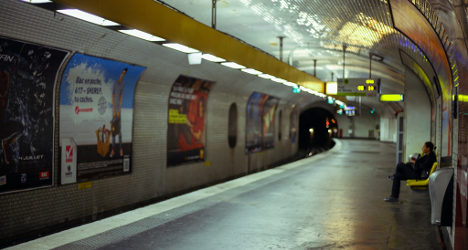 Half of public transport users in France feel unsafe taking trains and buses, a new survey revealed on Tuesday. Women, young people and Parisians fear most for their personal safety Photo: Andy Qiang

After a series of high profile attacks and muggings on trains and buses in France, commuters may be forgiven for feeling a little concerned while using public transport.

Levels of fear among travellers in France, however, are even higher than might have been expected, according to a survey released on Tuesday which showed that one in every two commuters doesn’t feel safe when using France’s public transport network.

What’s more, feelings of insecurity are highest among young people aged under 25 (59 percent), those who live in the Paris region (59 percent) and users of the RER rail network in and around the French capital.

According to the nationwide survey conducted by polling firm Ifop for Axis Communications, which designs video-surveillance systems, almost two thirds of respondents said they’ve changed their commuting behaviour in some way, out of fear of being attacked or robbed.

Some 43 percent, for example, said they wouldn’t use public transport after a certain hour at night, and two-fifths refuse to sit alone in a train carriage, or while waiting in an underground station.

What does make commuters feel safer on public transport, the survey found, is good lighting, proper maintenance, and the presence of police, security agents, other passengers, and even ticket-inspectors.

TOP TIPS: How to avoid getting robbed on the Paris Metro Tuesday’s survey comes after a series of high profile security incidents on public transport in France, in recent months.

In March, a 20-strong gang of thieves staged an “audacious robbery” on an RER D train near Paris, storming between carriages threatening terrified passengers with pepper spray, while relieving them of their personal possessions.

The incident provoked widespread calls for measures to be taken to improve personal safety on public transport, particularly in the Paris region.

Opposition UMP deputy Valerie Pécresse demanded more CCTV cameras be installed on RER trains and at stations, to try and cut down crime.

“This attack marks a change in the methods used by these gangs,” Pécresse said at the time.

“CCTV needs to be used in real time by the police and there needs to be more security staff in place,” she added.

The same week, official figures revealed that there are an average of 150 crimes reported on the RER network alone, and that attacks on staff had risen by 25 percent since 2012.

In February this year, a gang of similarly audacious robbers held up a Paris-bound train in Marseille, in what one policeman described as like a "scene out of the wild west". Luckily they were unable to board the train.

In September, a 20-year-old man was handed a nine-year jail term for the shocking daylight rape of a female passenger, once again on the RER D line.

Indeed, there have been other reported rapes on the RER line D this year.

French newspaper Le Figaro reported during the summer that a young girl and an elderly woman were attacked in separate incidences in February this year.

Thanks to video surveillance, police were able to arrest a suspect in the weeks after the attacks.

Do you feel safe on the RER and Metro in Paris? What about public transport elsewhere in France? Let us know in the comments section below. 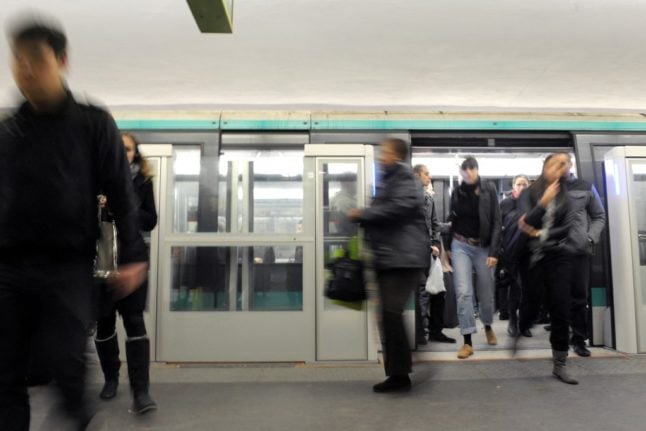