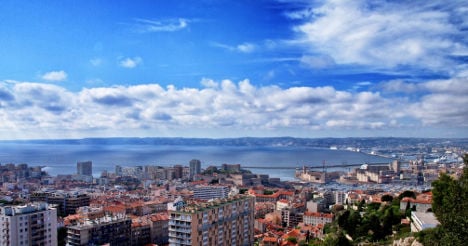 France is set on Friday to unveil a multi-billion euro master plan to improve life in the southern city of Marseille, after months of spiraling crime and pleas for help. Photo: Geoff Livingston

The French government is set to unveil a multi-billion euro master plan on Friday, which it hopes will quell violence and improve life in the city of Marseille, particularly in the crime-ridden northern areas.

France’s Prime Minister Jean-Marc Ayrault is to travel to the Mediterranean city to unveil the plan, described by the city’s Socialist candidate Patrick Munnucci as “the greatest effort ever made for a French city”.

In an interview with local newspaper La Provence, Ayrault said the plan included “urban renewal, schooling, the politics of youth employment, security for all, cleanliness and transport.”

A history of violence

This year, Marseille has been plagued by drug gangs and the related crime and violence.

In August, as news emerged that yet another man had been murdered on the city’s streets – the 13th deadly “score settling” over drugs in just one year – five government ministers including Prime Minister Jean-Marc Ayrault, rushed to Marseille, pledging to take swift action to end the violence.

As an immediate response, an extra unit of CRS riot police – around 80 officers – were mobilized as well as a promise of 24 detectives.

And yet, despite the rising concern over security, the head of the city’s tourist board told The Local in an interview in August that tourists in fact have nothing to fear.

More recently, on September 5th, the son of the sporting director of the French football club Olympique de Marseille became the latest victim of gun violence in the Mediterranean city.

Later that month, French voters reacted angrily after a poll revealed that nearly six out of ten French voters are in favour of sending the army into Marseille to combat rampant gun crime in the city.

One candidate for mayor of the crime-stricken city even came up with the controversial proposal to patrol the streets from above with drones.

Here's a breakdown of what PM Ayrault is expected to announce on Friday to solve Marseille's problems.

According to a source close to the dossier cited by Le Parisien, 80 extra police officers will be sent to the city, a confirmation of Interior Minister Manuel Valls’ call for reinforcements in September.

Marseille’s transport system will receive an estimated €2.5 billion, with particular focus on expansion of the network to the city’s troubled northern areas.

Included in the plans is a significant expansion of the TER Marseille-Aix-en-Provence line, at a cost of €250 million, providing a direct link to Marignane airport.

The Gare Saint-Charles will also be developed into an underground rail hub and developments are also planned for the city’s tram system.

“Thirty-six extra job centre staff will be assigned to the northern areas,” according to a source cited by TF1.