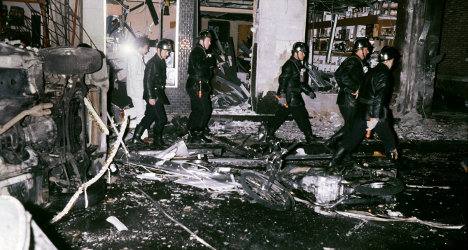 Lawyers on Monday challenged a decision to extradite Hassan Diab, a Canadian university professor accused of a deadly 1980 bombing of a Paris synagogue.

Diab is appealing a 2011 court decision and the Canadian government's order to extradite the University of Ottawa sociologist to France, despite the court's concerns that the case was "weak."

Diab denies any involvement in the first fatal attack against the French Jewish community since the Nazi occupation in World War II, which left four dead and many wounded.

At the Court of Appeal for Ontario, in a room filled with more than a dozen Diab supporters, lawyer Marlys Edwardh sought to discredit handwriting analysis of five words undertaken by France's expert, Anne Bisotti.

"This case isn't (just) weak; this would be a case that would be unsafe to convict," said Edwardh.

Edwardh cited the opinions of five other experts and said Bisotti's conclusions — that Diab likely signed a Paris hotel slip under a false identity (Alexander Panadriyu), which was also used to purchase a motorcycle used in the bombing — are "untested, unverified, and contrary to accepted methodology."

The handwriting sample is considered to be the "smoking gun" in the decision to extradite Diab, Edwardh said.

Edwardh also questioned the decision by Justice Robert Maranger to commit Diab for extradition, suggesting the Canadian judge accepted the reliability of the evidence based on Bisotti's bonafides.

Bisotti's report was the third such analysis to be submitted to Canadian courts from France. The first two were dismissed after criticism by the defense.

Diab lawyer Daniel Sheppard also sought to prove that then-justice minister Rob Nicholson reached beyond his jurisdiction to order Diab's surrender, and that some of the evidence in the case came from unsourced intelligence from the French government, making it impossible to call it reliable, the defence said.

"In no criminal proceeding can the merits be determined on the admissibility of unsourced, uncircumstanced evidence. That is not how we run criminal trials," said Anil Kapoor, speaking as an intervener with the Canadian Civil Liberties Association.

The conversation turned to how nations can use intelligence to safeguard citizens and prevent attacks in what Appeals Court Justice Robert Blair called the "changing world of terrorism."

"We all struggle with it. We're not saying France stands alone with an unfair system… It is, in good faith, struggling to answer these difficult questions," said Sheppard.

Diab's legal team also said that the intelligence has a "plausible connection" to torture.

Sheppard said Nicholson should have engaged in "credible inquiries to either satisfy himself that the evidence itself is not from torture, or if he cannot do so, to ensure that no one is ever sent from this country to face trial with evidence attained by torture."

Lawyers for Amnesty International and the British Columbia Civil Liberties Association also spoke at the hearing as interveners in the appeal.

Diab, who has been placed under strict bail conditions, has been detained for the duration of the appeal hearing, which continues with a response from the Crown expected on Tuesday. 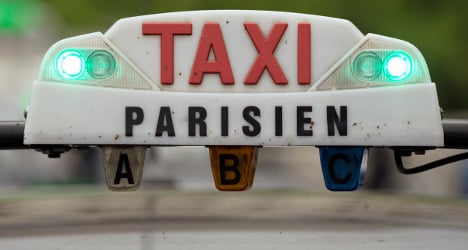