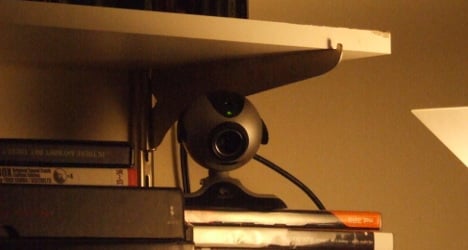 A French man accused of sexually assaulting his own daughter for months has been arrested after the girl had the presence of mind to secretly film an attack, using a webcam. Photo: Mike Burns

The girl, aged 14, used a webcam on her computer to film the abuse, in Florensac, a town in the southern Hérault department, Midi Libre reported.

The footage is now a key piece of evidence in the case.

According to the paper, details of the abuse were revealed through the girl’s school counselor at the beginning of September. But it was not until after the abuse was captured on camera that police had enough evidence to arrest the father.

As a result, the defendant was questioned last Tuesday and placed in detention in Béziers prison.

“My client acknowledges the facts,” the suspect's lawyer Mathieu Montfort was quoted as saying.

“There was a period when he was unemployed and in the middle of a divorce. He insists that these acts did not stretch back further than three or four months. His daughter says longer. But everyone should be very careful in what they say."

The girl herself, meanwhile, has been moved to a women’s shelter for her own protection.

“The victim was placed in a shelter as a matter of urgency,” confirmed a representative from the Public Prosecutor’s Department.

“We have to avoid potential pressure from the family of this child who was abused and filmed.

"We are afraid of the violence of this man who is downplaying the facts despite the video and who, moreover, explained that he took no pleasure from abusing his own daughter and that he was just messing around.”

Investigators also need to clarify whether the girl’s mother, who also allegedly suffered abuse by her husband, was aware that her daughter was being abused.

This isn't the first time in recent weeks that France has been haunted by the spectre of family members sexually assaulting each other.

In September, 25-year-old Sabrina Bonner was handed a 20-year jail term for holding down her then four-year-old son while his stepfather raped him repeatedly during a prison visit.