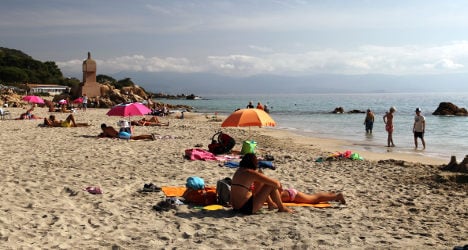 The weather in France is deemed to be one of those parts of being an expat here that adds to the quality of life. Photo: Pascal Casabianca/AFP

Ever wondered what the best country in the world to be an expat is? Perhaps with so many different factors, from weather to work, it's just impossible to say.

However, a new HSBC global study, billed as the biggest of its kind, has looked into the lives of expats in 37 countries around the world based on everything from income levels, to raising children and the friendliness of colleagues.

Overall, France ranked 17th, behind table-topping China and second-placed Germany. France’s mid-table finish was down to the fact that it excelled in some areas of expat life but is failing miserably in others, compared to other countries.

The survey helped shed light on what expats love and loathe about life in their adopted country.

The best and the worst of expat life in France The study also revealed some notable differences between the type of expats different countries attract. Whereas those who head to Germany appear to be more career-minded, with their chief motive for their move being relocation for a job, that is not the case in France or Spain.

France remains popular with expat retirees with 41 percent of expats living here having already laid down their tools, compared to only 7 percent in Germany and 22 percent, which was the global average.

Whereas half of expats living in Germany moved there expecting financial gain, that figure dropped to 22 percent for expats in France and 18 percent for Spain.

Those who head to the Med do so, apparently, not for work but for a better quality of life or experience – two thirds of expats who moved to France did so for this reason.

The survey also appeared to pour scorn on the idea that expats in France don’t bother or have trouble learning the local lingo and integrating in their new country, with 84 percent saying they were willing to learn the language in order to immerse themselves in the French way of life.

And when foreigners do move to France it appears they are more likely to do so for the long term, with 61 percent of expats having been in the country for three or more years.

In terms of those foreigners who come to France for career reasons, 35 percent of them end up working in the banking sector and 18 percent in IT.

Is there any other country you would rather live as expat than France? Let us know in the comments section below.