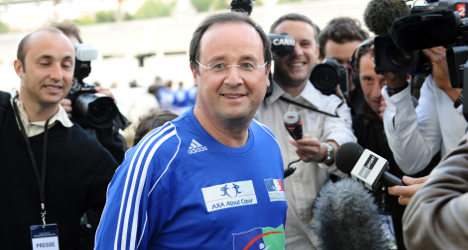 Hollande will meet with French football chiefs on Thursday to hear their concerns over a 75 percent tax rate. Photo: Patrick Hertzog/AFP

Directors from clubs in France’s Ligue and Ligue 2 will make a last minute bid to persuade Hollande to make an compromise for French football over the new super tax.

The Union of Professional Clubs (UCPF) , which is leading the rebellion insists that the tax, on wages over €1 million, will bring football clubs to their knees. The President of Lyon Jean-Michel Aulas said clubs were being “taken hostage”.

Last week Clubs in Ligue 1 and 2 announced they will refuse to take part in fixtures over the weekend of November 29th to December 1st in what has been described as "historic protest".

The chances of them persuading Hollande to make another climbdown however appear slim. On the eve of the talks his Prime Minister Jean-Marc Ayrault said: “In these difficult times, it is normal to call for more solidarity from those who have the most resources.”

Under the proposal, companies will be liable to pay the 75 tax rate for the portion of employees' salaries above €1 million annually and is set to come into force for 2014 and 2015, and therefore applied to earnings for 2013 and 2014.

Jean-Pierre Louvel president of the UCPF said they will not be pushing for a complete withdrawal of the draft law, but will demand that it is not applied to 2013 salaries, as is planned.

Louvel said clubs, concerned that their ability to attract high-earning top players from abroad to play in France will be hit, would open their doors to fans to explain to supporters why they needed to take such drastic measures. 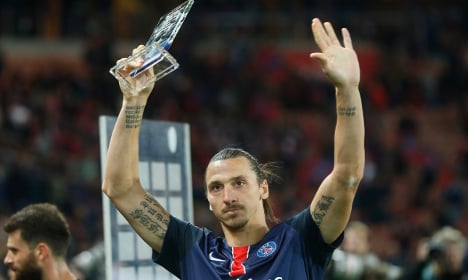 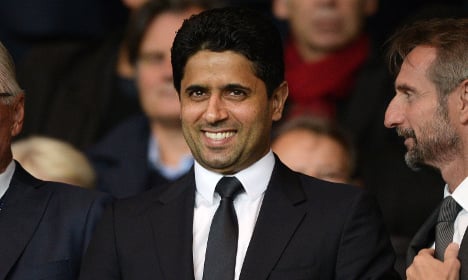