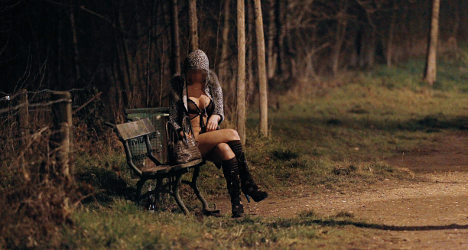 The campaign to oppose a new law on prostitution was kick-started on Wednesday with a petition signed by 343 self-proclaimed “scumbags”.

“We’ve decided to use humour to fight for this serious cause,” said an editorial posted on the magazine website on Wednesday, after the planned November 7th launch was spoiled by leaks.

The editorial –headed up by Causeur editor-in-chief Elisabeth Lévy – opposes “the criminalisation of the clients of prostitutes” which “under the guise of protecting women, is [really] a war against men, considered potential sexual criminals.”

The catalyst for the campaign is a controversial law that would, among other measures, increase fines to €1,500 for clients of prostitutes.

The bill is due to go before French MPs at the end of November, but has attracted criticism from various quarters, including prostitutes themselves. Manon, a 26-year-old sex worker in Toulouse, told The Local in September that the law would do much more harm than good, and would "leave her even more exposed to violence, theft and rape."

“We’re not defending prostitution, we’re defending liberty,” the manifesto continues. “And when Parliament gets mixed up in defining sexual norms, everyone’s freedom is threatened,” said the manifesto.

“We believe everyone has the right to freely sell their charms (and even to enjoy it)… Gay or straight, promiscuous or monogamous, faithful or unfaithful, we are men,” the statement continues.

“That doesn’t make us frustrated or perverted or psychopathic, as depicted by the supporters of a repression, disguised as feminist struggle.” Transsexual prostitutes protest in Paris on October 26th against the "criminalisation of clients." Photo: The Local

The “343 scumbags” is an ironic reference to a landmark 1971 petition signed by 343 French women declaring “I’ve had an abortion” at a time when the procedure was still illegal in France.

There has been swift and angry condemnation of the campaign on Wednesday in France.

Najat Vallaud-Belkacem, French Minister for Women’s Rights and official spokeswoman for the French government, was withering in her criticism.

“The 343 sluts were claiming, in their era, the right to be able to do as they wished with their own bodies,” said Vallaud-Belkacem after a cabinet meeting.

“The 343 scumbags are claiming the right to do as they wish with the bodies of others. I don’t think anything further needs to be said,” she added.

For her part, Socialist MP Anne-Yvonne Le Dain spoke even more strongly against the petition.

The Zeromacho network, meanwhile, which groups together nearly 2,000 men fighting against prostitution, also slammed the manifesto by “goofballs amusing themselves by defending a lost macho cause.”

"This reactionary petition claims that wanting to abolish prostitution is'a war against men'. It's actually the opposite.

We Zeromachos maintain thatfighting for the abolition of prostitution is first and foremost a fight for equality,” they said.