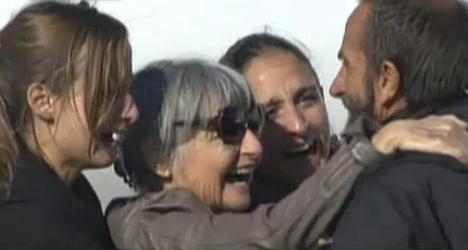 Former French hostage Daniel Larribe (R) is welcomed by his family upon his arrival with three other hostages at the military airport of Villacoublay outside Paris. Photo: LCI/TF1 screengrab

Did France pay for the release four French hostages who were held captive in Niger by Al-Qaeda militants for three years?

That is the question being asked in France today as the four men returned home to their families on Wednesday after three years in captivity. There was joyous scenes as the men were mobbed by loved ones as they stepped off the plane.

“This is a moment of great joy,” French president François Hollande said from the airport runway after greeting the men.

“I want to salute their courage. Three years of waiting, and suffering. They’re not just men who struggled through these moments, but great French citizens who honoured France in their captivity,” he added.

The four men, who were kidnapped by Al-Qaeda in the Islamic Maghreb (AQIM) in northern Niger in 2010, flew into the Villacoublay military airport near Paris as the French government was forced to deny that any money was handed over to the Islamist captors in order to bring to an end the hostages' ordeal.

Earlier French daily Le Monde, citing a source close to the operation to free the men, published claims on Wednesday that a ransom "of over €20 million" was indeed paid.

The source, who talked about an eight-day operation to free the men, said the money was paid out of three secret bank accounts.

Another source, close to the Nigerien negotiating team, quoted by AFP, said between €20 and €25 million was paid.

The money went to the hostage-takers and to intermediaries on the ground who played a key role in securing the release, the source added.

These claims, however, are contrary to statements made by the French government in the aftermath of the hostages' release.

"France does not pay ransoms. This is repeated every time…. There is no need to return to the subject," a source in the presidency told AFP on Wednesday.

The exact circumstances of the release were not immediately clear, but French Defence Minister Jean-Yves Le Drian said there had been "no assault" to free the hostages and that no ransom had been paid.

The Four Frenchmen kidnapped by Al-Qaeda militants in Niger took off from Niamey bound for home on Wednesday after more than three years in captivity.

The white French government plane left around 0600 GMT carrying the four former hostages heading for Paris. The four men are expected to land in Paris after midday local time, where they will be greeted by French President François Hollande.

Hollande was to greet the quartet on their arrival at an airport outside Paris after what he called "three years of suffering for the families who lived through a nightmare".

"I want to express my gratitude to Niger's president, who was able to obtain the release of our countrymen," Hollande added.

Foreign Minister Laurent Fabius told AFP the hostages had been freed in neighbouring Mali, and were in "very good shape".

"They have been hostages for three years and the nightmare is finally over," he said.

The four men appeared thin but otherwise in good health, an AFP reporter at the scene said.

In a brief remark to AFP at the airport, one of them, Thierry Dol, 32, said: "It was very difficult but it was the test of a lifetime."

Francoise Larribe, who was kidnapped along with her husband Daniel before she was freed in February 2011, said on learning of her husband's release:

"It's an emotional wave, a tsunami."
"I have never lost hope, even though there were moments of dejection, fear and anguish," she said.
Dol, Larribe, Pierre Legrand and Marc Feret were kidnapped on September 16, 2010, from a uranium mining compound in Arlit, north-central Niger. They work for French nuclear giant Areva.
Speaking as he met the ex-hostages, Niger President Mahamadou Issoufou said his country had worked for their release, but provided no details.
"Since the kidnapping of the hostages three years ago, Niger has worked on obtaining their release. Now it's done," he said, congratulating the hostages for "regaining their freedom after months of difficult trials".
Legrand's mother, Pascale Robert, told BFMTV: "Now we're waiting for them to physically return, to see them, to touch them."
At least seven French hostages remain in captivity around the world, including two snatched in Mali, one in Nigeria and four in Syria.
AQIM grew out of a movement launched in the late 1990s by radical Algerian Islamists who sought the overthrow of the Algiers government.
The organisation allied with Al-Qaeda in 2006 and has spun a network across tribal, clan, family and business lines that stretches across the vast Sahel region abutting the southern Sahara desert.
Here is some of the first video footage (from BFMTV) of the four men disembarking at Villacoublay airport, and their highly emotional reunion with loved ones.
Don't miss stories about France – join us on Facebook and Twitter 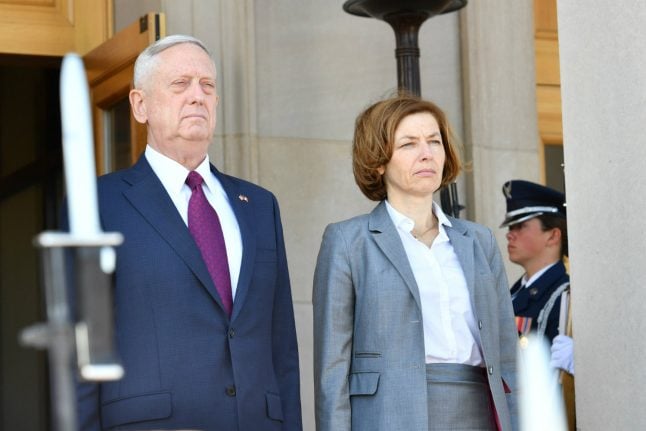 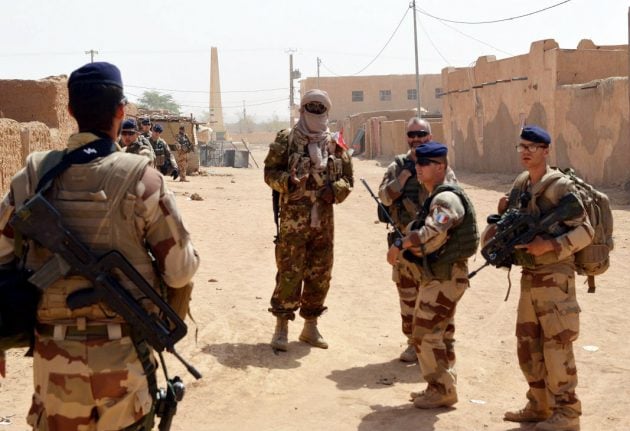 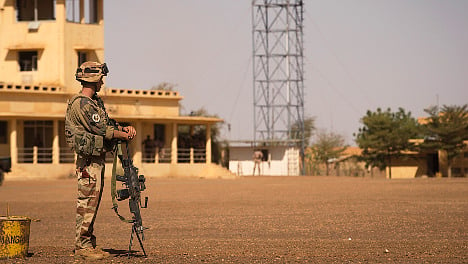 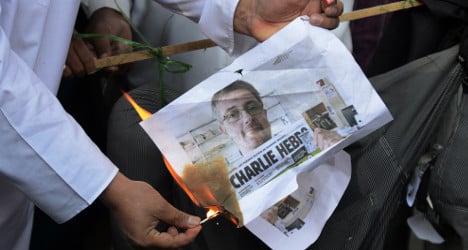