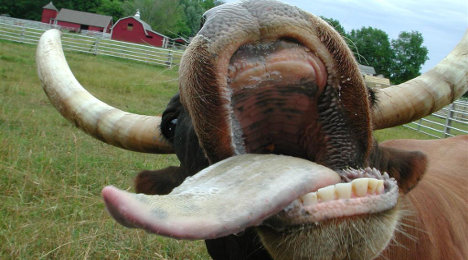 'Disgusting' French delicacies and why we should try them. Photo: Upsomeon/Flickr

Even after many years in France, there are some French dishes that Anglos just wouldn't touch with a fork the length of a barge pole.

For example, whereas most foreigners won't go beyond a rump steak or a hamburger when it comes to eating beef, the French will pretty much eat every part of a cow, bar the hide, and what's more they'll call it a delicacy.

French chef Iman Bogen, a teacher from the world famous Le Cordon Bleu culinary arts school in Paris, says we need to open our eyes and mouths to some of France's more stomach-churning delicacies.

"When I first tried snails (escargots) as a kid, I never wanted to taste them again. But once I tried them with garlic and parsley butter, I loved them and was addicted," he said.

"It's all about developing your palate and opening yourself up to new flavours. It's just a case of tasting them and seeing if you like it. And a lot of the delicacies in France that foreigners might find disgusting are actually healthy, so that's another reason to try them.

"It's just a difference in culture. When I think about eating insects, like they do in Asia, I'm not sure I could, but really until you try them, you just never know."

Here's a list of 12 French delicacies that Anglos can't stomach and why we should give them a try.

Click below and see whether he can convince you to expand your palate.

Twelve 'disgusting' French dishes and why we should eat them Le Cordon Bleu cooking school has more than 40 locations in 20 countries around the world, and welcomes over 20,000 students each year. For more information on Le Cordon Bleu's Paris location, visit its website by clicking here. To find out more about culinary arts instructor Iman Bogen, you can visit his Facebook page by clicking here.