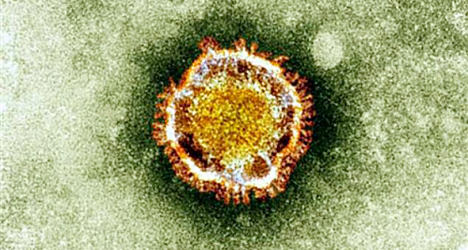 "The person is 43, and has come back from a trip to Saudi Arabia. The person has been in hospital in isolation since October 28 in northern France, and is stable so far," the health ministry said, without identifying the patient.

The Middle East Respiratory Syndrome Coronavirus (MERS-CoV) has so far claimed 62 lives worldwide, with the greatest number of deaths in Saudi Arabia where the disease first appeared in September 2012, according to the World Health Organisation (WHO).

The WHO said last week there were a total of 144 laboratory-confirmed cases of the respiratory disease worldwide.

It is unclear whether the possible patient in France had gone to the annual hajj pilgrimage in Saudi Arabia, which gathered hundreds of thousands of faithful earlier this month in an event that was nervously monitored for any MERS outbreak.

Riyadh had urged the elderly and chronically ill to avoid the hajj and had also advised pilgrims to wear face masks.

Saudi health ministry spokesman Khaled al-Merghalani said on October 15 that no cases of coronavirus had been detected so far, but there had been concern that pilgrims could be infected and return home with the virus.

This would take to three the number of people in the country who have contracted the disease, one of whom died after returning from a trip to Dubai.

He is believed to have infected another person in his hospital room, but this second patient now no longer carries the virus.

Experts are struggling to understand MERS, for which there is no vaccine.

It is considered a deadlier but less-transmissible cousin of the SARS virus that erupted in Asia in 2003 and infected 8,273 people, nine percent of whom died.

Like SARS, MERS appears to cause a lung infection, with patients suffering from a temperature, cough and breathing difficulty.

But it differs in that it also causes rapid kidney failure and the extremely high death rate has caused serious concern.

In August, researchers pointed to the Arabian camel as a possible host of the virus.