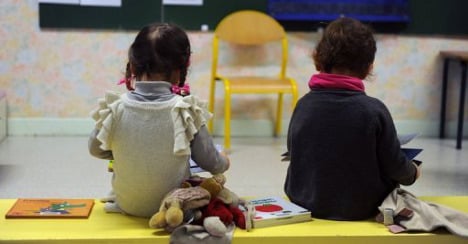 French kids discilpine is not down to spanking. Photo: AFP

A court in France handed out a €500 fine earlier this month to a father for spanking his nine-year-old son after the youngster showed him "disrespect". The ruling made waves in France where, controversially, there is still no law banning corporal punishment.

The father admitted spanking the boy’s bottom, known in France simply as a “fessée” but defended himself, saying he was against the "current fashion" of parenting that stops adults from "correcting children".

With a recent poll by the Union of Families in Europe (UFE) revealing that 87 percent of French parents admitted having slapped their child at least once, it appears the tradition of la fessée remains strong in France.

With French children well known for being well behaved, questions arose once again this month over whether their discipline could be down to the apparent willingness of French parents to resort to dishing out a spank or two.

Here guest blogger Franco-American Cordelia Newlin de Rojas, who is behind the the parenting blog multilingualmama.com, argues that there are plenty of reasons why French kids are well-behaved, but spanking is not one of them:

"Yet again we debate whether French children are better behaved because they are spanked. As someone bridging the French and Anglo-Saxon cultures, I've experienced both and believe that attributing this to la fessée is too simplistic.

"Creating an ideal environment for raising well-behaved kids is complex. French parents don’t worry if their children like them. They don’t try to be friends. They see their role as the caregiver – there to educate and raise civil and responsible adults.

"Not so. I‘m reminded of the analogy of pushing a door to make sure it's securely shut before leaning against it. If we open the door, kids fall through and lose that sense of security we are aiming for.

"Le Cadre, the foundation of French parenting describes those boundaries. Applied consistently, we create children who are  well-behaved whether they received la fessée or not.

"The French more easily say no to their kids. They understand that a stern ‘non’ is key to enforcing their boundaries and rules. They also feel no guilt, since kids have a hound-like ability to sense their parents’ guilt which only confuses them.

"Confusion is bad for kids and worse for parents. I have never encountered a French parent referencing parenting books. In the US, a glut of ‘experts’ peddle their theories, inundating us with parenting ultimatums from the moment the pee stick turns blue.

"This constant barrage of contradictory voices, implying we will ruin our children if we don’t listen, leaves many parents confused. It’s incredibly detrimental to continuity and consistency, which are both key.

"French prefer a happy life to a successful one"

"Good discipline relies heavily on consistency. Basic rules are set and adhered to. It seems simple enough but here’s the catch: certain cultures make consistency with your kids much easier.

"France is one of those cultures. Here, lunches and leisure time are worshiped. Julia Child wrote in her memoir that she’d asked the owner of a successful restaurant why he didn’t expand.

"The owner answered ‘But why? I make enough money as it is. I have a good life. Why take on more work when I don’t need to?’ A shoulder shrug surely accompanied that answer.

"The French prefer a contented life to a hugely successful one. They understand that adequate me-time is critical.  Exhausted, overworked, stressed parents have a much harder time towing the line and being consistent than a contented one.

"In the US, which paradoxically values individuality and personal freedom above all, parents tend to turn over their lives for the sake of their children – or, I should say for their children’s future achievement.

"In a nation focused on cognitive development rather than general well being, American parents sacrifice weekends and afternoons, chauffeuring kids from one activity to another. Kids and parents are both hyper-scheduled, with little downtime. Not a moment to breathe, relax, and just…Be.

"US culture being so focused on achievement has a number of knock-on effects. Worship of precociousness and high achievement means we actually encourage rebellion, sending kids mixed signals about following the rules.

"The French don't believe in negotiating with kids"

"Too often I’ve encountered American parents trying to enforce rules who then turn to me, and praise their kid for their sharp negotiating skills and persistence, all within earshot of the child. This sends the wrong message. The French don’t believe in kids negotiating, case closed.

There is a time and place for those skills to be learned but certainly not at home.

"Categorizing things as black and white may be an easier sell in a world where one gets 140 characters to make a point while being bombarded with information 24/7.  Who has the time or capacity to delve into the complexities? But by dumbing down the debate, we do ourselves, and in this case our children, a colossal disservice.

"There are many great lessons to be learned from French parents, but attributing their success to la fessée is missing the point entirely. They remember who is the parent and what the parent is there to do: Set rules and boundaries, enforce them, educate them, and most importantly love them. Cordelia Newlin de Rojas, grew up in both France and the US so has experience of both systems of education. She has already blogged on this issue for American website InCultureParent.com

Do you blog about France and fancy sharing your views with The Local's readers? Email us at [email protected] 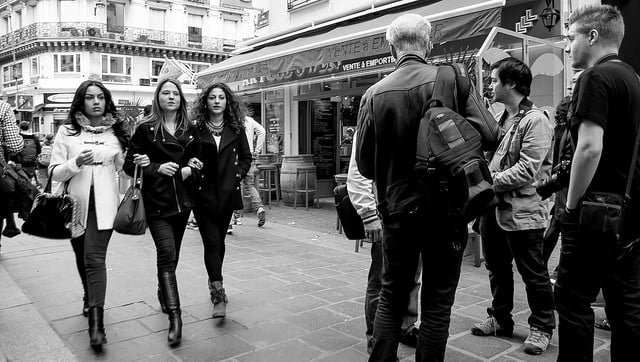 LIVING
‘Ditch the granny nighties’: Three tips on how to love like a French woman

GUEST BLOG
Why I have fallen out of love with France
Url copied to clipboard!