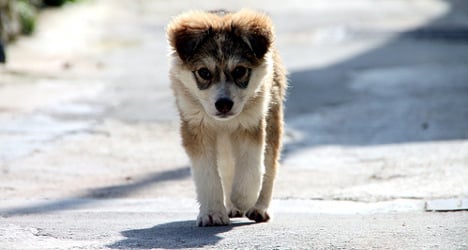 There appeared to be a watershed moment this week in the battle against those who commit animal cruelty in France when 20 or so “intellectuals” including a former education minister, signed a manifesto demanding the legal status of animals in France's 1804 civil code be changed.

Currently article 528 of France’s civil code, which forms the basis for the country’s laws, states that animals are classed as “personal property”. But demands to create a new legal status that would class animals between people and objects as "living, sensitive beings" is gaining momentum.

Among the 24 signatories of the manifesto this week was philosopher and former education secretary Luc Ferry, Eric Orsenna from the Academie Francaise and Mathieu Ricard, a Buddhist monk and doctor.

The manifesto was put together by animal welfare charity "Fondation 30 million Amis" (Foundation of 30 million friends), whose president Reha Hutin argues that France has fallen behind it’s European neighbours and change is needed to stop horrendous acts of cruelty towards animals.

Reha Hutin: “The civil code, which is the foundation of the law in France considers animals are no different to a chair or a table. They are seen as just things. But in the EU treaty of Lisbon animals are considered as "sensitive creatures" yet France is saying they are just pieces of furniture that 'can walk by themselves'. You can see how ridiculous it is.

“How can we teach children that a dog is no different to a table?

“France is behind the times here.  In Germany, Austria and Switzerland they have changed the law so it says that animals are not just objects.

“We want the minister of justice to bring about a change that the French public want.

“How can the courts in France punish the horrible acts that are carried out against animals if they are considered no more than just furniture?

“Since 1999, under French law anyone caught committing cruelty to animals can be fined up to €35, 000 and be sentenced to two years in prison, but these punishments are never applied. That’s because all these law students are learning that animals are objects so they are not punishing crimes as they should do.

“Our organisation always presses charges as soon as we find out about clear cases of cruelty towards animals. There was a case of a man who was found with twenty dead horses on his farm and he was given a €500 fine. This just should not be possible.

“There was another case of a man who tied his dog to his car and dragged it along the road for 10 km. He was only given a suspended sentence.

In September The Local reported how one dog owner in France hanged his pooch after it bit his daughter. “Animal cruelty will always exist, but we need to make sure we punish the people who commit offences. Cruelty starts with animals and then it moves on to people.

“Our civil code was written in 1804 when animals were used on farms just like machines. Changing the code is not easy. Of course changing anything in France is more difficult than elsewhere. We are traditional people here. We hate change, that’s just how we are and that’s why we need the support of so many people.

“We have to take into consideration that things have changed and the sensitivity of French people has changed. They are more shocked by the mistreatment of animals and a recent survey showed 80 percent of them said the protection of animals was important in their eyes.  We need to make this theme part of the political debate and politicians will start supporting us only when they know it is a real concern of the public.

“The problem we face is that in France there are powerful lobbies that will try to prevent this kind of change. There and the hunters and the farmers who are scared it will mean they won’t be able to kill cows anymore. I have been trying to convince them that it won’t change anything for them, because there are already other laws which cover what they do. They are just scared of change.

“Our foundation has been trying to change the law for the last twenty years, but we finally feel as though we are getting somewhere. Having these “intellectuals” on board and sign up to this manifesto is very significant. Politicians are starting to take note.”