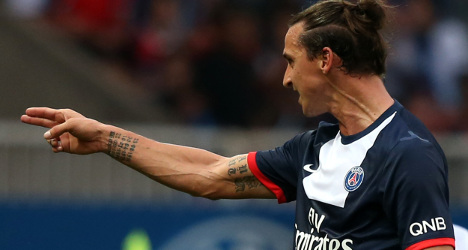 French football clubs are to strike over the government's proposed 75 percent tax rate, it was announced on Thursday. Photo: Franck Fife/AFP

The biggest football clubs in France are far from happy with the prospect of having to pay a 75 percent tax on the salaries of their millionaire players and on Thursday announced they will go on strike.

The president of UCPF Jean-Pierre Louvel, said: "We are involved in a historic protest and have a real determination to save football by having a weekend without games at the end of November.

"Look at the tragedy which football is experiencing, we are the only country which taxes companies that are losing money," he said.

"I want our protest to change politics concerning this situation."

Louvel said clubs, concerned that their ability to attract high-earning top players from abroad to play in France will be hit, would open their doors to fans to explain to supporters why they needed to take such drastic measures.

"It's an anti-labour tax. This proposal is retroactive, we're being taken hostage," said Aulas, whose club's fixture with Paris Saint-Germain will beone of the games lost on the strike weekend.

But whether the clubs will win the backing of fans is debatable, with public perception of footballers currently near rock bottom.

A recent poll suggested that 82 percent of those questioned had a poor image of the national team, three years after Les Bleus' calamitous World Cup campaign in South Africa, which was marred by a players' strike against the manager and an early exit from the competition.

Prime Minister Jean-Marc Ayrault's office said in a statement that football clubs "were businesses like any other", while the French Communist Party immediately labelled the club's strike plans as "outrageous lobbying".

Talks between the clubs and Hollande are scheduled to take place next week.

France’s sports minister Valerie Fourneyron confirmed in September that the country’s football clubs would not be exempt from the new 75 percent super tax.

The tax, one of President François Hollande’s flagship election proposals, is included in the government’s 2014 budget, but has not yet been passed into law.

Under the proposal, companies will be liable to pay the 75 tax rate for the portion of employees' salaries above €1 million annually and is set to come into force for 2014 and 2015, and therefore applied to earnings for 2013 and 2014.

But despite warnings from France’s football chiefs that the French top flight would be ruined if clubs had to pay the tax, Fourneyron insisted there will be no exceptions to the rule.