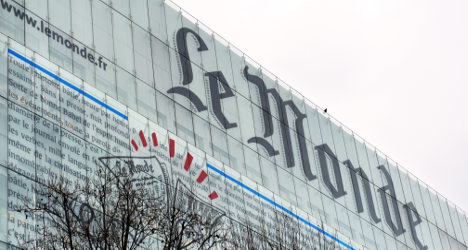 "While we are not going to discuss the details of our activities, we have repeatedly made it clear that the United States gathers intelligence of the type gathered by all nations," Clapper said in a statement

"The US collects intelligence to protect the nation, its interests, and its allies from, among other things, threats such as terrorism and the proliferation of weapons of mass destruction.

The newspaper said the documents gave grounds to think the NSA targeted not only people suspected of being involved in terrorism, but also high-profile individuals from the world of business or politics.

It followed up on Tuesday by publishing details of US spying on French embassies around the world.

In a phone call with President Barack Obama, French leader Francois Hollande expressed "deep disapproval," saying according to his office that such practices were "unacceptable between friends and allies."

In Paris, meanwhile, Foreign Minister Laurent Fabius used a breakfast meeting with US Secretary of State John Kerry to demand a full explanation of the claims.

Clapper, in his short statement, sought to defuse the row by highlighting the close relationship between Washington and Paris.

"The United States values our longstanding friendship and alliance with France and we will continue to cooperate on security and intelligence matters going forward," he said.