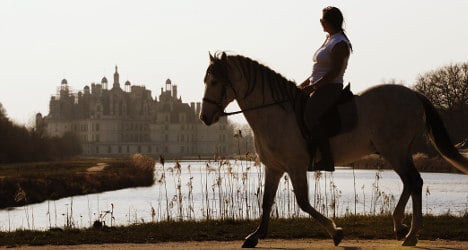 What are the Top Ten must-see hidden attractions in France, according to Nicola Williams from the Lonely Planet? Photo: Alain Jocard/ AFP

Tourists visiting France will always be drawn to the star attractions like Mont St-Michel in Normandy and the Palais des Papes in Avignon, not to mention the numerous must-see places in the capital Paris.

But there is much, much more to see in the world's most visited country than those sites often included in the "Top Ten" lists at the beginning of tourist guides.

The simple fact is that many attractions in France are hidden away or simply not well known enough to pull in the crowds, but that doesn't mean they're not well worth a visit – quite the contrary.

The Local has teamed up with travel guide publishers Lonely Planet, whose writer on France, Nicola Williams, has uncovered some must-see sites that are rarely on the radar of most visitors.

From villages in Provence to citadels in Alsace and the rutting season in the Loire Valley, click below to discover ten of France's hidden gems.

Reveal your own secrets and tell us what's missing from this list. Send us your own ideas for more hidden gems at [email protected] or in the comments section below and we will add them in.

Nicola Williams (seen below) can be followed on Twitter @tripalong or at www.tripalong.wordpress.com