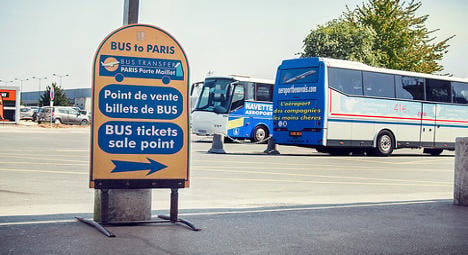 The fifth worst airport in the world? The only way to Beauvais (for most passengers) is by bus. Photo: Juanedc/flickr

The rankings of the “worst airports in the world” do not make pleasant reading for bosses at Paris Beauvais.

The low cost terminal, used mainly by Irish airline Ryanair as its Paris hub was ranked 5th worst in the world, with Manila NAIA (Terminal 1) taking the bottom spot, according to the rankings by travel site "The Guide to Sleeping at Airports" which were based on votes by readers.

Their league table was based on four categories: "comfort, convenience, cleanliness and customer service".

Paris Beauvais’s poor score has been put down to the fact that, despite its name, it is far from the centre of the French capital and the fact that most travellers have to rely on the bus to get there. The 90km journey should take around one hour and ten minutes but traffic jams mean it can often take a lot longer.

Beauvais was also marked down for its lack of accommodation options and places to eat.

Some Internet users on The Guide to Sleeping Airports site have stuck up for Beauvais, with one reacting to the news of the rankings saying: “It’s true it’s far from the centre of Paris, but so what. You can’t complain when the flight’s cost €1.”

The Italian airport of Bergamo was named as the second worst airport, with the number of "people loafing around without T-shirts or shoes as if they were in their homes,” deemed particularly unappealing.

In third place came Calcutta, then Islamabad and in fifth was Paris Beauvais, just ahead of Chennai, Frankfurt Hahn, Mumbai, Rome Fiumicino and Los Angeles.

At the other end of the scale the best ranked airports were Singapore Changi, Seoul Incheon, Amsterdam Schiphol, Hong Kong and Helsinki Vantaa.

Explaining its ranking system on the airport guide said: "When selecting an airport to declare as the "worst", travellers were asked to consider the four C's: comfort, conveniences, cleanliness and customer service.

"Some of these factors may include:

What's the worst airport you have been to in France?