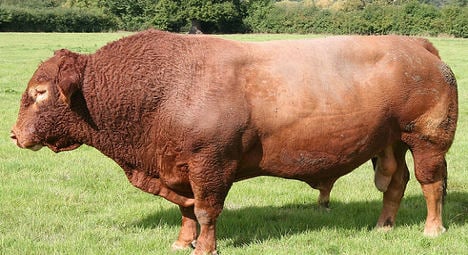 The 54-year-old German cyclist was riding his bike with his 47-year-old wife on a quiet country road near Mejanes, near the Domaine de Paul Ricard in the Camargue region of southern France.

The pair rode past an enclosure near the road that housed several bulls, up to 350kg in weight.

According to initial reports by local police the fence that surrounded the enclosure collapsed when the bulls started to fight amongst each other.

One of the animals, described as a "fighting bull", managed to escape and then turned its attention to the two passing German holidaymakers.

Accordingto reports in the local press the bull first charged at the woman. Terrified she ran towards her husband and the bull followed her and rammed her husband to the floor, before goring him around 20 times in the chest.

He later died from his wounds. His wife, escaped without any serious injuries but was taken to hospital in nearby Arles.

The local gendarmerie has launched an investigation into the fatal incident.

In July The Local reported how a hiker in the French Pyrenees was killed in a freak accident after a cow charged at the group of walkers he was with.

The death led to hikers being warned about the dangers of herds of cattle.