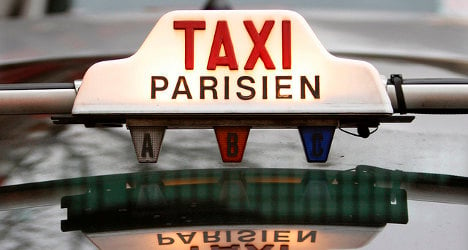 Taxi! Paris is to get 1,000 more cabs at weekends. Photo: Jean Pierre Gallot

The French government is set to come to the aid of all those who have cursed the chronic lack of taxis on the streets of the French capital.

Authorities, aware of the complaint that there are not enough cabs in Paris, plan to increase the number at peak times such as evenings and weekends to cover the shortfall.

The government wants to make 1,000 more taxi licenses available and is proposing handing out the permits for free in exchange for drivers working during peak time hours, such as during the night on Fridays and Saturdays.

The extra taxis would serve Paris, as well as its surrounding suburbs known as the "Petite Couronne", where there are currently 17,500 licensed cabs.

The announcement was made in a joint statement this week  by Interior Minister Manuel Valls and Sylvia Pinel Minister for Trades, Commerce and Tourism.

While the plan will no doubt be welcomed by tourists and locals alike, it has angered taxi union members.

Christian Delomel, leader of the union of taxi drivers (CSAT)  spoke out against the scheme, saying: “We cannot force taxi drivers to work during the evenings or the weekend. It is best to encourage them to work at these hours to optimize the supply of taxis.”

Delomel is concerned that the new licences will be given away for free whilst currently a taxi license costs the driver around €200,000.

He said: “Today a taxi licence resells for around €230,000 and constitutes part of a taxi driver’s pension. Giving away licenses is a dangerous act because we cannot take them away again and increasing them could reduce the quality of service.”

So far the government remains unclear as to how the distribution of licenses will work but Valls has said that he intends to work with the taxi unions and city authorities to find the best solution.

The government already clashed with taxi unions last week after it announced new legislation to deal with the dramatic increase in private hire cabs (known as VTCs).

Taxi drivers in the French capital see private hire cabs as unfair competition. A VTC license costs only €100 which has led to private hire companies growing quickly. In 2012 there were 128 VTC companies in Paris; a number which has risen to 323 in 2013.

Private cars will no longer be able to solicit passengers on the side of the road, a practice condemned as “unfair” competition by conventional taxi-drivers, if the government proposal becomes law in January.

The new rules will mean members of the public are forced to wait at least 15 minutes before their private hire cab is allowed to pick them up.