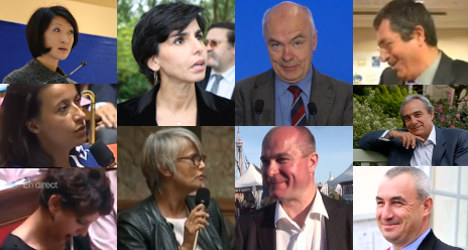 Who is the Sexist French Politician?

He’s a clucking, whistling, hooting, grinning man, usually dressed in a suit. With gender quotas in place for election candidates, and several women holding senior cabinet positions, it was hoped the Sexist French Politician (SFP) was a thing of the past.

On Tuesday, the SFP made a spectacular comeback, in the National Assembly chamber. Speaking during a debate on pensions reform, Green party MP Véronique Massoneau was interrupted by SFP Philippe Le Ray, exuberantly making chicken noises from the other side of the chamber.

In French, the word ‘poule’ (chicken) is often used as a derogatory term for a woman. As well as being immature and disrespectful, then, Le Ray’s outbursts had a clear connotation, and caused outrage.

“There are things I will never accept in this chamber,” said Assembly president Claude Bartolone. “One of them is deputies pretending to be birds when a Member of Parliament is speaking,” he added, in what must go down as one of the least likely statements ever to be heard in French politics.

Female Socialist MPs staged a walk-out on Wednesday, in protest. Some UMP deputies saw this as “theatrics”, an unnecessary escalation of things, and attempted to restore calm and perspective to the whole affair by…staging their own walkout in response.

Le Ray, whose behaviour was blamed on a “boozy dinner” culture by Women’s Rights Minister Najat Vallaud-Belkacem, was called to order by the Assembly, and fined €1,378 – a quarter of his parliamentary expenses for one month – for his antics.

How is this a deeper problem? Don’t tell me there have been previous clucking politicians…

No. But the SFP has been known to cast other non-verbal noises in the direction of female French politicians.

In response, SFPs – again from the UMP benches – greeted her appearance with hoots, as seen in this video.

“We were just admiring her,” SFP Patrick Balkany told French daily Le Figaro at the time. “If she didn’t want us to take an interest in her, then she shouldn’t have changed her look. Maybe she wore that dress so that we wouldn’t listen to what she had to say,” he suggested.

Balkany has form, though. Check out this absolutely priceless video of the mayor of Levallois-Perret getting on famously with a female, American sports journalist.

So the SFP learned to keep his thoughts to himself, then, after the 'dress' incident?

Not a chance. Just a few days after Duflot’s outrageous attempt to speak-while-female, centre-right MP and SFP Marc le Fur stood up in the Assembly.

He commended French Digital Economy minister Fleur Pellerin for “not just being here for her appearance,” before comparing her to “a pot of flowers”.

So it’s just left-wing women who are the targets of the SFP, then?

That’s a negative. During the race for the leadership of the UMP, after Nicolas Sarkozy’s defeat in the presidential election in May last year, former Justice Minister Rachida Dati, often referred to as “glamorous” in France, touted the idea of helping a woman become party leader.

“I’ve never been particularly favourable towards Rachida Dati [herself] though, because she’s had her excesses. I’m not sure Vuitton or Dior have their place at this particular level,” he added, reducing an entire gender to two fashion houses named after, you've guessed it, French men.

Does the SFP generally just say stupid stuff, or does he ever get creepy?

The SFP has it within himself to get very creepy. Hugues Foucault, centre-right mayor of the town of Bretagne, in central France, famously did just that this summer.

Of course, rather than keep this observation to himself, Foucault felt compelled, by forces probably best left unspecified, to share his musings on the minister.

“Najat Vallaud-Belkacem is sucking her pen very erotically,” he tweeted.

Inundated with responses suggesting that maybe that was an inappropriate and offensive way to talk about a government minister, defiant SFP Foucault observed: “Amusing to see the Leftosphere unleashed.”

He did later apologize (sort of), adding ‘sarcasm’ to ‘sexism’ on his list of outstanding characteristics. “I present my deepest apologies to Madame Najat Vallaud-Belkacem, as well as to everyone who was shocked by my completely slanderous and horrible tweet,” he said.