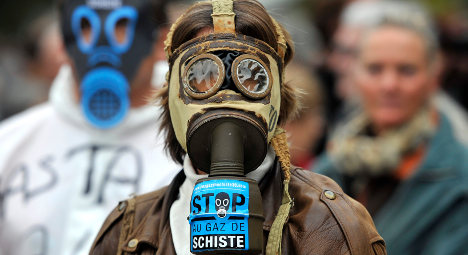 France’s Conseil Constitutionnel, roughly the equivalent of the US Supreme Court, on Friday upheld the constitutionality of a 2011 moratorium on hydraulic fracturing, known as “fracking,” saying the law, and the decision to revoke two exploration permits from a US-based company, both "conformed to the Constitution."

The “Jacob Law” of 2011 effectively closed off the reserves, and banned the fracking method, which involves injecting a mixture of water, sand and chemicals at high pressure to crack the shale rock holding oil and gas deep underground.

After taking power in May last year, Socialist president François Hollande reaffirmed the moratorium, based on the environmental principle of precaution, and a lack of information about the long-term consequences of the practice.

Schuepbach Energy, based in Dallas, Texas, however, had argued that the moratorium on fracking applied the principle of precaution “too rigorously.”

French government representative Thierry-Xavier Girardot rejected this, however, telling the court the moratorium was based instead on the principle of prevention, and that the environmental hazards posed by fracking were "sufficiently acknowledged" to justify a ban.

France revoked Schuepbach’s permit to explore shale reserves in Aveyron and Ardèche in southern France, and on Friday the court said that decision, and the 2011 law itself “conformed to the Constitution,” according to Le Figaro.

The Dallas-based company had also tried to convince the Conseil Constitutionnel that the 2011 ban was discriminatory and violated the "principle of equality" by allowing hydraulic fracturing for the purpose of geothermal energy, but banning it for the purpose of accessing oil and gas.

According to the Shale Gas Europe organization, a study by the United States Energy Information Administration, carried out without exploratory drilling, revealed that France has “technically recoverable reserves of 3.8 trillion cubic metres (137 trillion cubic feet)”.

And in the US government’s Energy Information Administration survey of 14 European countries, France was second only to Poland in its level of shale gas deposits.

The UK government, for its part, supports the exploration of shale gas and drilling of a test well in the countryside of Sussex, southeast England, has begun. But it has become the focus of a national campaign against the fracking method of extraction. 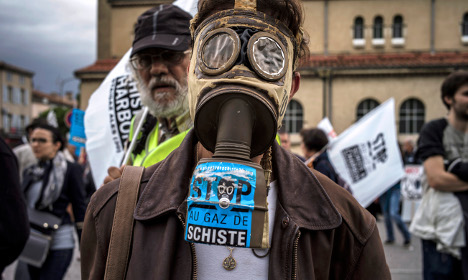