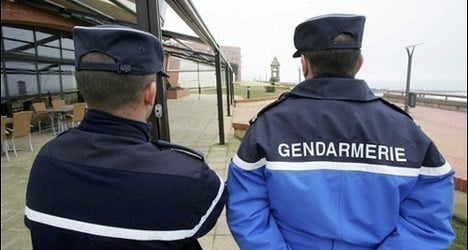 A fake French cop was snared 'living the dream' of being a policeman. Photo: cnhx27/Flickr

A court in France heard this week heard how a young man lived out his “lifelong dream” of being a police officer by patrolling his neighbourhood in a uniform bought online.

Not only did the 19-year-old phony cop manage to get hold of an official police uniform, he also picked up a police baton and a flashing blue police light for his car, that he claimed to have used “only once.”

Disguised in his uniform, he then “patrolled” the streets at night for several nights during July 2012.

The court in Beauvais, near Paris  heard how the young man had always dreamed of being a police officer “but had never dared take the exam because I was scared I would fail."

His fantasy was brought to an abrupt end on the night of July 30th, 2012 when the impersonator was stopped in his car in the town of Grandvilliers, in the department of Oise, to the north of Paris, by the real deal.

At first the fake cop had the nerve to try to pass himself off as one of the gendarmes’ colleagues, before making up the excuse that he had to rush off to help his aunt who was having chest pains.

After failing to convince the officers with either of his stories he finally admitted he was a fraud.

He was then charged with impersonating a police officer.

In his defence, the court was told that he only ever used his fake police powers to do good. “Each time he put on his uniform it was to come to someone’s aid,” said his defence lawyer.

Luc Pèlerin, the assistant prosecutor said: “He’s a young, clever man who was living in an imaginary world.”

After hearing the evidence the court decided that the defendant did not constitute a danger to others and slapped him with a fine.

The case of the wannabe cop is a far cry from another set of phony French lawmen, who dressed up as police to rob a Saudi government official of €200,000 in July this year.