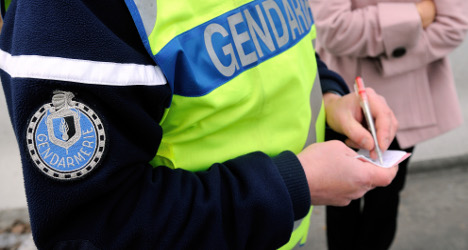 Did France's driving tsar get the state to pay for his fines? Photo: Philippe Huguen/AFP

French police are investigating reports that the head of an agency that processes traffic violations had nearly €700 ($950) worth of his own fines paid out of the department's budget.

Investigative website Mediapart reported on Monday that Jean-Jacques Debacq, the head of the ANTAI agency that processes tickets issued by speed cameras, had fines on his Peugeot 508 service vehicle paid for by his department.

Mediapart said the fines related to about a dozen traffic violations and alleged that Debacq also used his position to avoid losing points on his driver's licence.

The interior ministry said it had launched an investigation but that Debacq was not yet facing disciplinary action.

"The facts reported in the press are serious. We must shed every light on this matter and establish the truth," interior ministry spokesman Pierre-Henry Brandet told AFP.

Mediapart said more than half of the traffic violations paid for by Debacq's department were for speeding, with the rest related to parking offences.