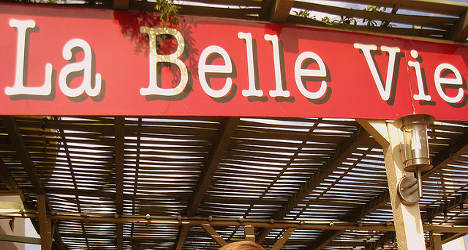 “Many people have this big dream of selling up in the UK and moving to France. But unfortunately the dream and the reality do not conform to each other." Photo Johan Seland

Despite all the negative news about the economy, crime and unemployment, thousands of Brits and Americans and others from across the world still head to France each year to begin a dream new life.

Many are drawn to Paris, the romantic City of Light, while others head to the countryside hoping to swap the hustle and bustle of Dublin, London and New York for the idyllic tranquil rural life in “La France Profonde”.

Many people, after normal teething problems with the bureaucracy or the language, will settle in and go on to live the dream. Sadly for some the transition to a Gallic way of life can prove to be a little rocky and for others it was simply the wrong path to take.

While much of the same can be said for expats moving to any country abroad, one factor that causes many foreigners' dreams to fade in the Hexagon is that the romantic image of France can be especially different to the reality.

“Many people have this big dream of selling up in the UK, for example, and moving to France. But unfortunately the dream and the reality do not conform to each other,” Andrew, a volunteer for SOSHelp tells The Local.

“For some it just doesn’t turn out to be the great life that they thought they would have.”

Here, SOSHelp breaks down the main reasons why expats can run into trouble in France and end up calling out for help.

10 reasons why expats' French dreams can become a nightmare There are myriad reasons why foreigners fantasize about the French way of life, from TV shows like A Year in Provence to numerous books written by those who have made it in France which paint an ideal picture of life in L’Hexagone.

For Andrew, whose name has been changed for the article, and his fellow SOShelp volunteers, the origin of the thousands of calls from expats is the failure of France, in the eyes of the caller, to live up to the romantic ideal.

Volunteer listeners from SOSHelp have been hearing all about the problems expats have had settling in France since 1974, when the service was first set up in Paris.

Many callers find themselves living lonely lives, struggling to adapt to the new culture, but unfortunately there is only so much SOShelp can do.

“We don’t have answers for them and most of them they realise that when they call,” Andrew says.

“It can be hard because your first nature is to want to give them advice but you have to override your instincts. We had one listener who was an experienced lawyer, who took a call about a legal issue and he just wanted to shout out “Sue the b**tard, you will win,” but he couldn’t.

We can’t solve their problems but we hope to provide them with a few minutes of peace.

However, not all callers are in desperate need of a friendly ear to bend.

“Some of people call asking for help with getting a new bin and so on. We have to politely tell them we are not a Town Hall help line.

For more information about SOS Help you can visit their website by CLICKING HERE or give their experienced listeners a call on 01 46 21 46 46 between the hours of 3pm and 11pm daily.

Did your French dream end up a reality or on the rocks? Let us know in the comments section below and we will publish a selection of your views.