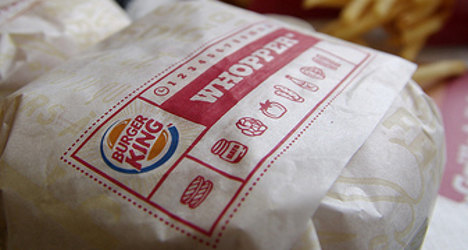 Burger King will return to Paris in December. Photo: LuckyPines/flickr

Autogrill, the Italian chain which operates the Burger King franchise in France finally confirmed the rumours by making an announcement on Thursday that burger lovers have long been waiting for.

Finally Le Whopper will resume its battle with the Big Mac in the French capital when Burger King opens its first outlet in Paris this coming December, Autogrill confirmed.

After more than 15 years away, Burger King made a comeback in France in December 2012 when it opened an outlet in Marseille and then shortly after at a motorway service station near Reims.

The new location will indeed be St Lazare station, as reported by The Local earlier this year. Work has already begun on the branch that will be equipped with all the mod cons.

The new restaurant will be “of the highest standard with a double assembly line and will be equipped with the brand’s latest innovations, including six large digital screens,” said Autogrill in their statement.

The restaurant area will be 160 square metres and no doubt it will be jam-packed as commuters and burger aficionados line up to test the latest addition to Paris’s restaurant scene.

Autogrill are confident it will prove to their liking.

“After our first two openings were very successful, we are confident the new restaurant will meet all expectations,” said the Mario Orinx in the statement.

France might be renowned for its gastronomy but not many Michelin-star restaurants could count on the same cult-like following that Burger King has in France.

And judging by the success of the Marseille outlet, the French are rekindling their love affair with 'Le Whopper'.

“There are so many customers who come to the airport on evenings and weekends just to eat lunch or dinner at Burger King," one airport worker told Le Figaro earlier this year.

Future employees of Burger King in Paris will be recruited through the Pôle Emploi and will be trained at the chain’s two other restaurant’s in France or at outlets in Spain.

Burger King’s return to Paris could not have been better timed after a recent study revealed that sales of fast food had overtaken those of traditional sit-down restaurant dishes for the first time.