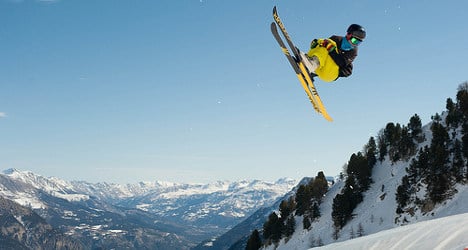 France top of the world when it comes to skiing destinations. Photo: Alpes De Haute Provence/flickr

While certain sectors of the French economy, like manufacturing are suffering in the financial crisis, the country’s ski industry continues to go from strength to strength.

According to the DFS (Domaines Skiables de France) an organisation representing the French ski industry, France maintained its position as the world’s most popular skiing destination, pipping the US to the accolade to second year running.

Taking third place on the podium was Austria, whose Alpine ski slopes recorded 54.2 million skier days in the 2012/2013 season.

Laurent Reynaud from DSF told The Local on Thursday that France remained top of the table thanks to a combination of affordability and having the biggest and best resorts.

“The main reason is the price of the ski passes in France, which remain the cheapest in the world in relation to the size of the resorts.

“The second reason is the size of our resorts and the fact that unlike in other countries many of them are connected, which means skiers do not have to take transport between the various ski ifts.

“Since the 70s we have been designing resorts specifically for skiing and this has proved to be a real asset,” he added. “We have also been building lots of accommodation that meet the expectations of our clients.

“This all explains why we are still seeing an increase in the number ‘skier days’ year on year which is not the case in the US where the numbers have remained stable for many years,” Reynaud said.

“We remain number one in the world but only just. We will be challenged for the top spot.”

The luck of the weather too cannot be ignored in explaining why the last ski season was so successful in France. The abundance of snow even allowed one French resort to open its slopes on a weekend in summer.

According the DFS there was “exceptional snow in all mountain ranges, in particular during the middle of the season, when the stations were open at all altitudes.”

DSF said the season would have been even more successful but for the bad timing of school holidays, which saw Parisians take their Easter break from April 27 to May 12, when most of the stations were closed.

The challenge now is for France to remain top of the league.

Despite all the prospects of global warming potentially having catastrophic results on the industry Reynaud said France was facing an entirely different, more urgent issue.

“We would be crazy not to worry about the future and climate change will be a factor. Global warming may affect the industry several decades down the line but we need to make sure we still have skiers by then.

“The biggest threat to us is young people not taking up the sport. The younger generation do not take up skiing like their parents or grandparents generations. They are more likely to be on Facebook etc.

“We are undertaking a number of training programmes to teach young people how to ski and to get them interested in the sport. It is a real challenge.”