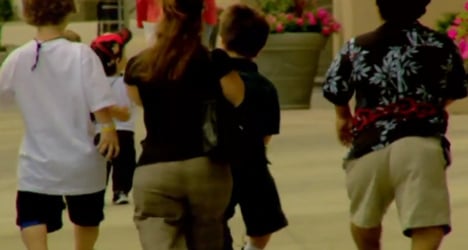 Elvire Gouze, a researcher at the Mediterranean Centre for Molecular Research in the southern French city of Nice, discovered that injecting a protein molecule into mice with dwarfism, for three weeks, allowed them to grow fully and also removed the uncomfortable side effects of their condition.

“I’m very excited by this,” Gouze told The Local on Thursday. “The treatment is so simple – it’s just the injection of a protein, and the results show it really helped.”

“This is a first, and although there are more steps we need to take before trials on humans, nothing so far has indicated it couldn’t also work for people with dwarfism,” she added.

The “breakthrough” study involved two protein injections every week for three weeks, among mice with the condition achondroplasia – a genetic mutation that causes the vast majority of human cases of dwarfism.

Because three weeks is “roughly equivalent to 15 human years,” according to Gouze, a similar treatment could theoretically work on children with achondroplasia, up to puberty, and without the need for daily injections.

Adults with achondroplasia, however, who have already gone through puberty, would not be able to benefit from the ground-breaking treatment, Gouze explained.

“We have to do some further testing on mice, for example to see if the treatment can be delayed, or must be implemented right after birth, and then we have to test it on another animal, perhaps a non-human primate,” said Gouze.

“But all in all, we could be ready within three to five years to treat humans with this technique,” she added, noting that the molecule injection also relieved conditions associated with dwarfism.

“It didn’t just help with height, but it also made a difference with all the other complications,” she said.

Humans with dwarfism – mostly known as “little people,” but also “dwarfs” – often suffer back, lumbar and cervical pain, as well as muscular weakness and respiratory problems.

Members of France’s community of little people have reacted with cautious optimism to Dr. Gouze’s findings.

Patrick Petit-Jean, Vice-President of the French Association for People of Small Stature, told The Local the study was “an advance.”

“For the moment it only applies to mice, and we’ll have to be prudent about this – but it’s definitely a real advance,” he said.

“Remember – the goal is not to eradicate dwarfism, or get rid of little people, or anything like that,” added Petit-Jean, noting that there were “between 8,000 and 10,000 little people in France.”