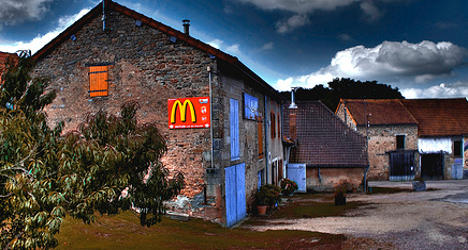 McDonald's leading the way i nterms of recruitment in France next year. Photo: Yanivba/flickr

The survey, conducted for Le Figaro economie and released online this week, shows the American hamburger chain is planning to hire a whopping 42,000 employees in 2014, 1,500 more than it expects to take on this year.

Le Figaro surveyed 125 companies based in France, who were willing to divulge their recruitment plans for 2014. Added up, the figures revealed the companies will be making over 200,000 job offers next year.

To find out which companies will be the major recruiters in France next year click on the link below. The recruitment drive by McDonald's, or "McDo" as they are called in France, is part of a trend which shows that France's fast food giants are leading the way in terms of job vacancies.

Working in a fast food restaurant in France might not be the job foreigners think about when the move to France but the figures show it is not to be sniffed at.

"There's nothing to stop students who come to study in Paris from working at a fast food restaurant to give them a bit of extra money to get by," Megan Ascione, a recruiter from EuroLondon appointments told The Local.

The results of the survey come as sales of hamburgers, pizzas, fried chicken and other fast food gain an increasingly strong foothold in France.

A report earlier this year revealed that fast food sales of €34 billion surpassed those of meals from traditional restaurants in France for the first time in 2012.

Big Macs, Quarter Pounders and Chicken McNuggets headed the sales of American-style fried food that are crowding out France’s conventional gastronomic fare, accounting for 54 percent of the restaurant market, up from 40 percent the previous year.

While fast-food restaurants are among France’s biggest recruiters, they experience high turnover of staff and a high portion of the minimum-wage jobs are part-time.

McDonald’s employs a total of 70,000 people In the country, for example, and its planned recruitment of 42,000 people next year is only slightly above the number from this year, suggesting many workers move on after a short period.

Of the total hirings, the chain is expecting to offer 28,000 full-time jobs (CDI or indefinite contracts).