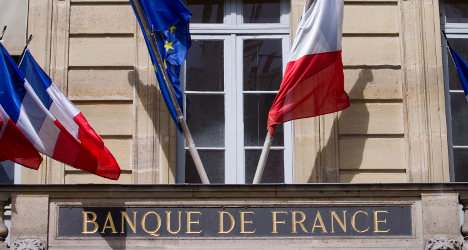 France's public debt was expected to hit nearly €2 trillion ($2.7 trillion) by the end of 2014, or 95.1 percent of GDP, far higher than previous government estimates, the Le Figaro daily reported Tuesday.

The revelation came as France's public auditor warned that the "spiral of social debt" — referring to the country's generous healthcare, family and pension schemes, which contribute to its overspending — was "abnormal and particularly dangerous."

Previously, the government had said France's overall public debt would stand at 94.3 percent of gross domestic product (GDP) next year.

French Finance Minister Pierre Moscovici did not reject the new figure when asked about it on France 2 television Tuesday, admitting public debt would reach "maximum" levels in 2014 before coming back down.

At the end of 2012, the debt amounted to 90.2 percent of GDP, and the new figure will be a rise of more than 120 billion euros over two years, according to Le Figaro's report.

The system is haemorrhaging money, with a deficit expected to hit nearly eight billion euros this year.

In his interview, Moscovici insisted that France's credibility on the debt market was not under threat, saying the government was implementing reforms "that allow for the primary deficit to fall."

He said the primary deficit – which does not include interest payments on debt – was going to fall slightly in 2014 from this year's 1.7 percent of GDP.

Meanwhile, France's overall public deficit in 2013 is due to come in at 4.1 percent of GDP, higher than the 3.9 percent agreed with the EU, and will come in at 3.6 percent next year.

But Moscovici has vowed Paris will meet its 2015 EU-mandated deadline to bring the deficit below three percent.