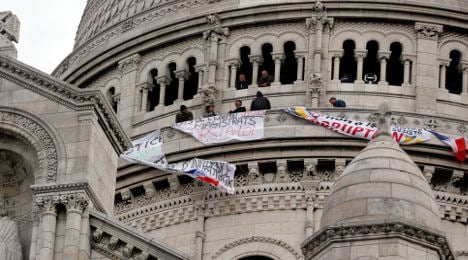 Protesters climb the the dome at the famous Sacre Coeur Basilica in Paris. But what was it all about? Photo: Francois Guillot/ AFP

They have more commonly been seen at the top of cranes in recent weeks, but on Sunday, a group of fathers took their protest to the top of one of Paris’s most famous landmarks – the Sacre Coeur.

The parents, who were joined by a Belgian mother, scaled the dome of the famous basilica in Montmartre and unfurled banners, demanding greater rights for divorced fathers separated from their children.

“We paid our entrance fee and we settled in,” said Stephane Iltis, a 39-year-old father, who told Le Parisien newspaper he longer has access to his five children.

Iltis and his fellow protesters, who planned to stay until they were removed, demanded that automatic alternate residence for children be introduced.  For his part he denounced a court decision that had assigned all rights over his children to their mother.

Across town on the Left Bank of Paris hundreds of protesters marched for parental equality between Montparnasse and the Ministry of Families in the seventh arrondissement.

The rally was to fight against "the injustice suffered by the vast majority of fathers and against depriving children of their fathers,” said Nicolas Moreno, founder of the Collective for Co-parenting (COPCO).

“This is not about a battle of the sexes or a return to the patriarchal policies of 40 years ago,” the 34-year-old told Le Parisien.

Protest stunts like the one at the Sacre Coeur have become more commonplace in recent mount in France, ever since an exasperated father mounted a crane in Nantes in February and refused to come down.

Since then aggrieved fathers have mounted similar protests across the country atop churches, buildings, factories and of course cranes.

However the association SOS mums denounced the campaign and the attention it is given.

“Since February, the media, the public have been totally mesmerized by this communication operation carried out efficiently by some fathers, who are not the best.”

According to a 2007 study, only 2 percent if divorces and 6 percent of separations end in disagreement between the parents about the children’s residence. The study also showed that custody of children is awarded to the mother in 72 percent of divorces. 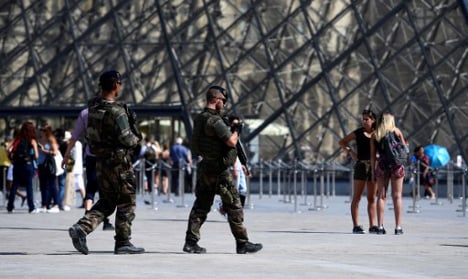 MUSEUM
Louvre ‘could house treasures from Iraq and Syria’ 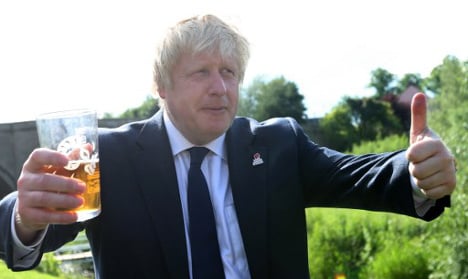