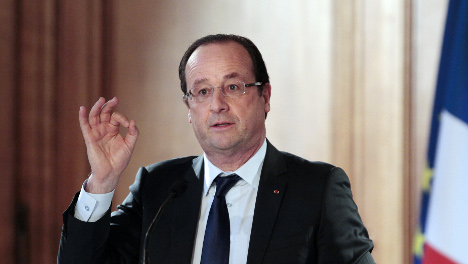 US Secretary of State John Kerry, French Foreign Minister Laurent Fabius — who cancelled a visit to Mongolia for the talks — and British Foreign Secretary William Hague will attend the working lunch, it said.

France said Friday that the Syrian regime's announcement that it had joined a ban on chemical weapons was not enough and called for a binding UN Security Council resolution.

Syrian President Bashar al-Assad confirmed for the first time Thursday that Syria planned to relinquish its chemical arms under a Russian plan aimed at averting US-led military action against his regime.

As a first step, Syria on Thursday filed documents at the United Nations seeking to join the international convention banning chemical weapons.

"We cannot remain with only a statement of intent from the Syrian regime. It must make commitments and these must be fixed, controlled, verified and verifiable," he said.

"There needs to be a (UN Security Council) resolution, because by its very nature that's a binding text," Lalliot said. "Any other text within the Council is insufficient."