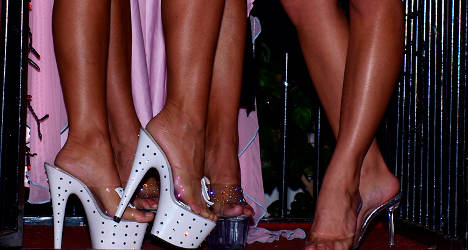 “We do it for fun, to have sex and to make money,” one of the two teenage girls told police interrogators in the southern French city of Cannes. Photo: Dave84/Flickr

The two schoolgirls, aged 14 and 15 and described on Thursday as inseparable friends by local daily Nice Matin, began working as call girls, without their families’ knowledge, some months ago, taking appointments by phone and online.

It wasn’t until June, however, that a loved one of one of the teens discovered her secret night-time activities after glancing at messages on a computer.

A fake rendez-vous was arranged by police in Cannes, who intercepted both girls as they pulled up to a luxury hotel in the city in a convertible Mercedes, decked out in wigs and heavy make-up.

When questioned, however, the schoolgirls shocked investigators probing a possible underage prostitution ring in the glamorous Mediterranean city.

“We do it for fun, to have sex and to make money,” one of them told police interrogators, according to Nice Matin.

Police questioned the vehicle’s driver, a man in his 40s working for a special events company in Monaco, who claimed he was unaware the girls were under the age of 18.

Before releasing him from custody, police raided the driver’s home in nearby Villeneuve-Loubet, and found a stash of wigs, handbags, high-heeled shoes, leather gloves, sex toys and lingerie, allegedly for the use of his 14 and 15-year-old charges.

Investigators seized the suspect’s laptop and mobile phone, and are due to examine their contents in order to discover if the two school friends’ short-lived careers as escort girls are one-off phenomena, or part of a worrying underage prostitution operation in the seaside city of Cannes.