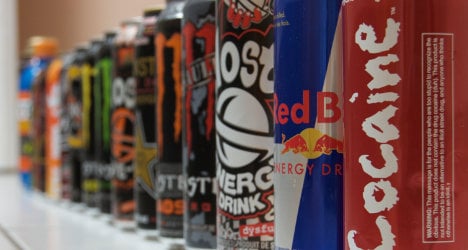 Could energy drinks soon be subject to a special new health tax in France? According to a leaked report, the government is also targeting e-cigarettes and flavoured wine. Photo: Simon Le Nippon/Flickr

According to a previously confidential working paper seen by French daily Le Parisien, the Socialist government of President François Hollande is considering a slew of new public health taxes to recoup €6 billion for the country’s massive social security system, which is set to reach a deficit of €14.3 billion this year.

On Wednesday the French Prime Minister announced "unprecedented" cuts in its next budget, admitting it will not meet its EU-mandated deficit target this year and that the economy will do worse than previously expected in 2014.

Despite emerging from a shallow recession in the second quarter, France is struggling to get its tepid economy back on track amid record-high unemployment, limited investment and low consumer spending.

And the government has also turned its attention to trying to fill the empty coffers of the country's social security system.

For their part, Budget Minister Bernard Cazeneuve and Health Minister Marisol Touraine on Thursday both the denied the existence of such plans, but Le Parisien has in turn responded by reaffirming its claims.

‘Vaping’ has enjoyed a massive boost in popularity in France since the arrival of the e-cig from China a few years back, and there are an estimated half a million users in France.

After announcing a proposed ban on using them in enclosed public spaces in May, and a French study which last month found they were “potentially carcinogenic,” the government is reportedly now planning to tax them beyond the standard VAT rate of 19.6 percent.

Contrary to the well-known French tradition of Bordeaux and Côte-du-Rhône wine-making, the last five years or so have seen an explosion in the popularity of flavoured wines.

According to Le Parisien, some 16.5 million litres of “grapefruit rosé” and “peach wine” will be consumed in France this year – primarily by young people and women.

To protect the health of the younger generation, the government now plans to drastically increase taxes on these alcoholic beverages, which are often flavoured and sweetened artificially.

A bottle which now costs €2.50 in a supermarket, therefore, could set the flavoured wine lover back something closer to €10 by next year.

‘Premixed’ alcopops are already subject to a similar tax hike in France.

Brands like Red Bull, Monster, and Dark Dog may have found their place on French supermarket shelves in recent years, but they have long alarmed public health professionals due to their high levels of caffeine, sugar and other substances such as taurine.

Especially when mixed with alcohol, and consumed by young people (who are their primary enthusiasts), these energy drinks have been linked to several heart attacks and even deaths in France and beyond.

As an effort to dissuade the youth of France, Thursday’s leak suggests the government plans to impose hefty taxes on energy drinks, with the goal of bringing in €12.5 million.

It might not yet be a household name in France, but aspartame and aspartame-acesulfame salt are two artificial sweeteners on the radar of the French government.

Used primarily in diet soft drinks, aspartame is a sugar substitute that is hundreds of times sweeter than normal table sugar, but has been linked – along with aspartame-acesulfame salt – to lactation problems, cancer, headaches, and weight change.

Scientific studies have been contradictory on the safety of aspartame, but alarming enough, it seems, for the French government to crack down with a new tax on products containing the artificial sweetener.

According to Le Parisien, the government plans to bring in €12.6 million in additional tax revenue in 2014 through aspartame. 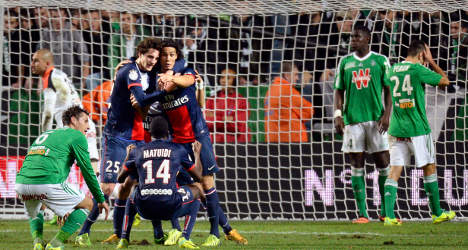 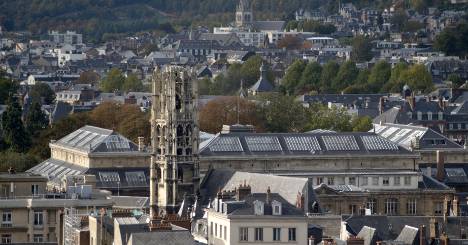 Talks will start in France this week to try to stop a planned strike by football clubs over a government plan to hit them with a high-earners tax, a source said on Monday, confirming a report in online sports daily lequipe.fr.

The historic strike – planned for the last weekend of November and including clubs from France's Ligue 1 and Ligue 2 first and second divisions – will be the first for French football since 1972.

Discussions will take place on Wednesday at the French Football Federation between industry professionals and the government's representative, Socialist deputy Jean Glavany, the head of a working group on sustainable football.

French clubs walked away empty-handed from talks last month with Francois Hollande at which the French president refused to exempt them from a proposed 75-percent tax on high earners.

The temporary levy, which makes companies liable to pay the 75-percent tax rate for the portion of employees' salaries above the million-euro ceiling, is a modified version of an earlier proposal aimed at individuals earning over €1 million.

It is designed to help reduce France's budget deficit.

But football clubs complain that the move will hit them especially hard because they sign players on short-term contracts. They say the tax will make it impossible to attract top-flight talent.

The industry argues that the measure will cost Ligue 1 about €44 million ($59 million), given the high salaries earned by about 120 players from 14 clubs.

Following the talks, the UCPF footballing union is to decide on Thursday whether to go ahead with the strike.

UCPF leader Jean-Pierre Louvel said the union welcomed the planned meeting, adding "the objective is not for this strike to go ahead but to find a solution".