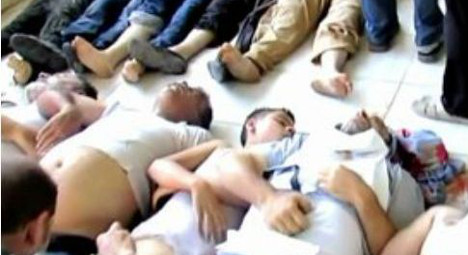 Bodies laid out on the floor after the chemical attack in Damascus last month. The image is taken from a video posted online by France's Ministry of Defence.

France will remain ready to punish Syria for its use of chemical weapons despite ongoing attempts to find a diplomatic solution to the crisis, French President Francois Hollande said Wednesday.

Hollande was speaking after a meeting with his foreign and defence ministers and senior military figures to plot France's next moves in the crisis.

Earlier a foreign ministry spokesman said Paris was ready to amend its UN Security Council resolution draft calling on Syria to give up its chemical weapons or face military action after Russia rejected the proposal.

Philippe Lalliot told AFP Paris was "ready to amend (the) draft as long as its main principles and aims are preserved".

"It is astonishing that the Russians are rejecting a document that they haven't even seen," said Lalliot. "It is naturally our intention to discuss it with them."

Britain, France and the United States were expected to put forward the resolution at the Security Council later Tuesday which includes a "proper timetable" for the regime of Bashar al-Assad to hand over its chemical weapons.

But the meeting on Syria planned for 2000 GMT was postponed at the request of Russia, council envoys said.

No reason was given for calling off the closed-door talks among the 15 council members.

Meanwhile French President Francois Hollande called a meeting with Defence Minister Jean-Yves Le Drian and other top officials, for Wednesday morning, his office said. They will discuss the Syria issue ahead of a cabinet meeting.

Foreign Minister Laurent Fabius said early Tuesday that the resolution to be presented by France would demand full disclosure by the Syrian regime of the scale of the chemical weapons programme.

It would also commit the United Nations to "serious measures" in the event of non-compliance as well as call for the authors of a deadly August 21 chemical weapons attack to be held responsible for their actions. 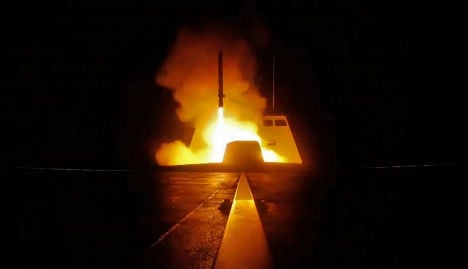 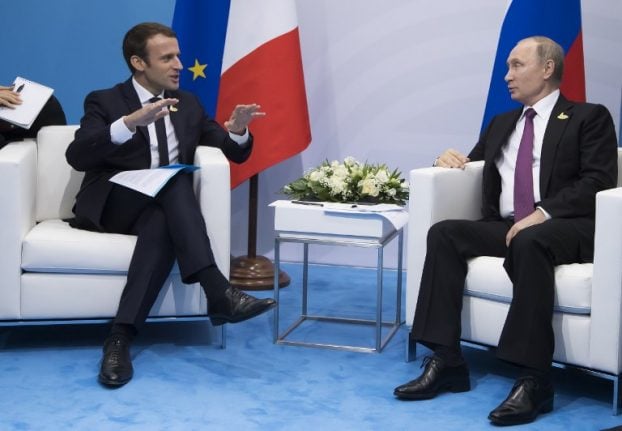