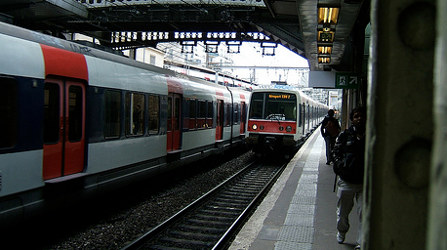 Train services will be disrupted on Tueday although rail bosses say the impact will be minimal in most places. Photo: Paul Beattie

Tuesday's day of action will see nearly 200 protests across the country involving members from a number of leading trade unions including the CGT, which is also calling on workers to protest over “pay and jobs” as well as “the right to a pension”.

France’s rail operator SNCF says most services will run as normal and that it will post regular updates of any disruption to services caused by the strike on its website. Transport bosses in Paris are confident the capital’s metro network will not be affected, however there will be disruption on certain RER lines.

Transport between Paris and Normandy and in the south west ofthe country will be hit. The industrial action is set to end on Wednesday at 8am.

Here's an overview of how rail transport is affected on Tuesday:

Two unions representing workers at French rail operator SNCF have called their members to strike, however transport bosses say traffic disruption on the TGV and regional trains will be minimal. International services run by Eurostar, Thalys, Lyria : services heading to Germany, Luxembourg and Italy will run as normal.

However there will be no international Talgo trains between Paris and Madrid.

The only TGV that will be hit is on the Atlantic coast that serves the south west of France where three out of four trains will be running.

Three trains out of four will be running between Paris and Le Havre, Paris – Caen –Cherbourg and Paris to Granville.

There will be no night trains at all overnight on Tuesday.

Paris: There will be no repeat of the protests in 1995 when the city’s transport system ground to a halt during strikes and workers were forced to walk or take the day off. Paris transport chiefs RATP insist the Metro network will not be affected by the industrial action.

There will be slight disruption to the commuter RER service though.

RER A, B and E – service will be normal or close to normal

RER C – two trains out of three will be running

RER D – One train out of two on average and there will be no connection between Paris, Gare de Lyon and Châtelet.

There is not expected to be any disruption to air traffic in France due to the industrial action on Tuesday.