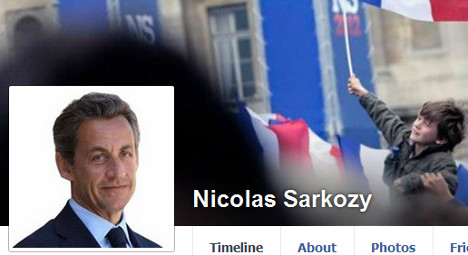 Former French president Nicolas Sarkozy's party said Sunday a fundraising drive had raised the millions needed to repay debts after it was denied campaign reimbursements for his failed re-election bid.

"I am happy to tell you today, we've done it, we've raised the €11 million ($14 million) we needed," said UMP leader Jean-Francois Cope, two months after the drive was launched.

He stressed the money came from people both in and outside the right-wing UMP.

On Twitter, Sarkozy, 58, immediately said he was "grateful for this solidarity that has surprised me as much as it has moved me".

In July, he angrily slammed the decision by France's top constitutional body to uphold a ruling denying his party the usual reimbursement of a percentage of its campaign expenses since it had breached the spending ceiling.

The decision threatened the party, already in a divisive leadership battle since last year's election loss to the Socialists, with financial chaos.

"In eight weeks, the UMP has managed to raise more money than any other party in the Fifth Republic," he said, referring to the political system in place since 1958.

Cope, speaking at a meeting of young party activists in this northern seaside resort, gave warm thanks to those who donated the money, and notably to "those (donators) who do not share our ideas".

The UMP had until September 30 to reimburse its campaign debts to the banks, following the Constitutional Council decision in July confirming it was ineligible for funding since it had exceeded the spending ceiling by €466,118, or 2.1 percent.

Sarkozy lost the May 2012 election to Socialist Francois Hollande, 59.

It was the first time a candidate reaching the second round of a French presidential vote was not reimbursed for campaign expenses.

The UMP has been struggling since Sarkozy's defeat, with party leader Cope and ex-prime minister Francois Fillon embroiled in a bitter public leadership battle that has hurt its reputation.

Sarkozy has maintained a low-profile since his defeat and the July rebuke to the Constitutional Council along with other public statements gave rise to talk that he was returning to the political scene.

The former president quickly quashed speculation, however, saying, "This is not my political comeback".