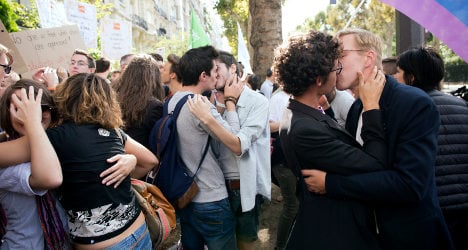 Dozens of Parisians locking lips in public - but why? Photo: Lionel Bonaventure/AFP

The dozens of smooching activists were taking part in an event called “From Paris With Love,” a same-sex “kiss-in” protest outside the Russian embassy in the capital.

Sunday’s demo was in opposition to President Vladimir Putin’s “anti-gay propaganda” law, and in anticipation of next year’s Sochi Winter Olympics, as well as being a gesture of pride and solidarity with Russia’s LGBT community.

Organized by some 20 groups, primarily SOS Homophobie and Osez le feminisme (Feminism Dares), the protest featured banners and signs that read “Less Putins, more drag queens,” “Shame on you, Russia,” and another reading “Shame on you, Putin,” with a swastika next to the Russian president’s face.

Among those getting in on the act was Green party candidate for Paris mayor, Christophe Najdovski, who landed one on party colleague, and candidate for 11th arrondissement mayor David Belliard, in order to “affirm the universal right to love,” as he told Le Parisien. 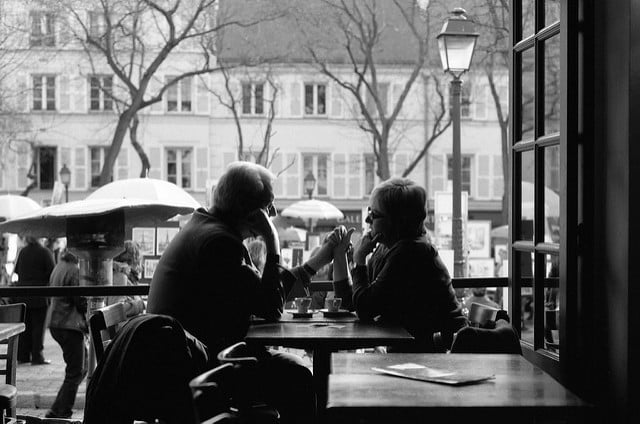