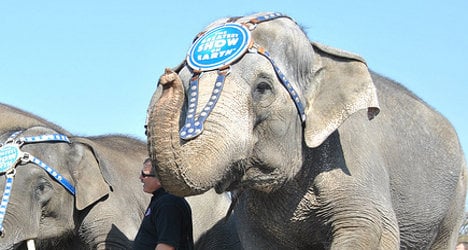 A pensioner, 84, was killed by a runaway circus elephant in France on Sunday. Photo: Angela N/flickr

An 84-year-old man was killed near Paris when an elephant belonging to a local circus escaped from its pen and hit him with its trunk, police said on Monday.

The two-tonne elephant, named Tanya, performed as usual on Sunday afternoon in Lizy-sur-Ourcq – some 50 kilometres (30 miles) from Paris – and was then taken back to its open-air enclosure.

Witnesses described how the elephant had grabbed a tarpaulin and placed it over the electric fence surrounding its pen, before breaking through barriers and trailers that formed a second enclosure.

According to reports in local newspaper La Marne, the animal then escaped and ran towards the man who was part of a group of people involved in a boules (petanque) competition, in the village square.

The elephant moved towards the elderly man and struck him with its trunk, slamming him to the ground. Some witnesses report that the man was also trampled under the elephants feet.

The unidentified man was airlifted to hospital at Kremlin-Bicêtre, in the Val-de-Marne region, suffering a major chest injury and a broken leg. The victim died from his injuries overnight Sunday.

According to French media reports, the victim's brother has pressed charges against the circus.

In a separate incident in France over the weekend, a hunter was left fighting for his life after being charged by a deer as the annual hunting season got underway.

The hunter was left with a four-inch neck wound after being struck by the charging stag's horn's as he took part in a hunt for wild boar. 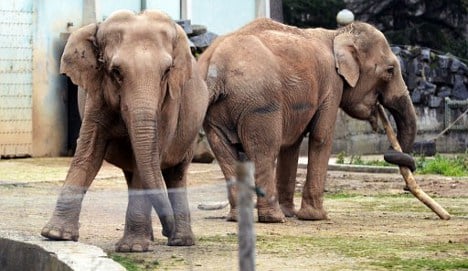