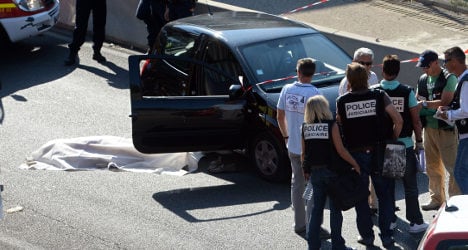 Adrien Anigo, the son of Marseille’s sporting director José Anigo was murdered as he was driving his car in the 13th arrondissement of the city, according to police sources quoted in the French press.

Anigo becomes the fifteenth victim of gun violence in the crime ridden city since the start of the year.

According to reports he was driving a Renault Twingo along Avenue Jean-Paul Sartre when he was targeted by two men on motorbikes. He was shot in the head at close range through the window of the vehicle.

Paramedics and police rushed to the scene but the victim could not be revived.

Several cases of ammunition were found at the scene, according to the Marseille prosecutor.

According to regional newspaper La Provence Adrien Anigo had spent time behind bars after being convicted of a number of armed robberies in which over a million euros worth of goods were pilfered.

He was believed to have been a member of a local gang known as "braqueurs à la masse" (robbers to the ground).

In recent weeks the gun crime in Marseille has appeared to be getting out of control with drug gangs armed with kalashnikovs continuing to settle scores in bloody feuds.

Earlier, this month, after news that another man had been murdered on the city’s streets five government ministers including the PM Jean-Marc Ayrault rushed to Marseille, pledging to take swift action to end the violence.

As an immediate response France’s Interior Minister Manuel Valls ordered an extra unit of CRS riot police  – around 80 officers – to be stationed in Marseille as well as promising 24 detectives, specialists in investigating drug trafficking ,would be put at the service of the city’s police force.

For French sociologist and author, Veronique le Goaziou, a specialist in crime and violence in France's cities, Valls’s measures were also misguided. What is really needed she says, is more old fashioned bobbies on the beat, or community police officers as they are more commonly known.