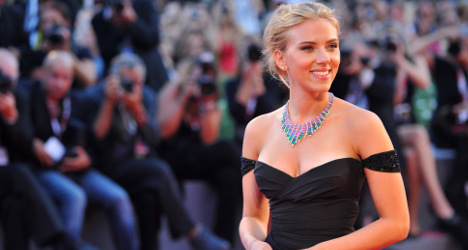 On Thursday a spokesperson for the actress, model and singer Scarlett Johansson announced the star's engagement to her French boyfriend Romain Dauriac, two and a half years after the actress split up with her first husband Ryan Reynolds, a publicist for 'The Avengers', in which she played a leading role.

Following media reports, spokesman Marcel Pariseau told AFP: "I can confirm that Scarlett and Romain are engaged. They haven't chosen a date for the wedding." He did not elaborate.

Dauriac, described as a French journalist, proposed to the 28-year-old a month ago, according to People magazine, which cited a source as saying: "They're engaged and very happy."

However as their relationship develops it reamins to be seen whether Johnasson will startto recognise some of the grumbles noted by readers of The Local who have French partners. From boring parties to long family dinners, she might be wise to check out our "Top Ten complaints expats have about their French lovers".

And the same goes for Dauriac. Does he know what he has let himself in for by falling for an Anglo? He too could do worse than research some of the relationship issues he could face by checking out our French readers' "Top Ten whines about expat lovers".

Earlier this week the actress was spotted wearing a vintage Art Deco style diamond engagement ring while promoting her latest sci-fi film "Under the Skin" at the Venice Film Festival in Italy, the Hollywood celebrity bible noted.

Johansson has been nominated four times for Golden Globes, including for her breakout turn in 'Lost in Translation' with Bill Murray in 2004 as well as in 'Girl with a Pearl Earring' the same year. In 2005 she was shortlisted for 'A Love Song for Bobby Long,' followed by a nod for her role in Woody Allen's 'Match Point' in 2006.

More recently she played Black Widow in 2012's record-breaking blockbuster 'The Avengers,' a role she is set to reprise in a sequel set for release in 2015.

She married Canadian actor Reynolds in 2008 but the couple announced their separation in 2010 and divorced the following year.

As well as her stellar acting career she is known for her political activism, and appeared on stage at the Democratic National Convention last year to call for the re-election of President Barack Obama.