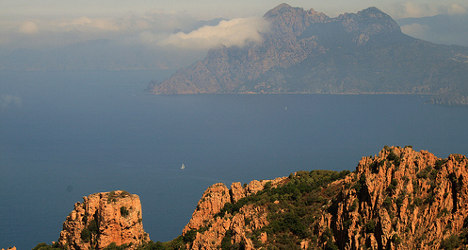 A vast liquid hydrocarbons spill spotted off the western coast of Corsica on Monday poses no serious risk to the coast, a maritime official said.

The spill was probably the result of an uncontrolled discharge on a vessel and was 43 kilometres (26 miles) long and one kilometre (0.6 miles) wide, officials said. It was first spotted by a French customs helicopter.

A maritime official said pollution from the spill posed no serious risk to the coast and was "nothing to fear".

The spill was seen about six nautical miles off the coast and was drifting away, but there were initially fears it could go towards the Scandola Nature Reserve, a UNESCO-listed Heritage Site.

The reserve covers 2,000 acres on land and nearly 2,400 acres at sea. Its waters are incredibly rich in fish, while schools of dolphins can be found just a few dozen yards from shore.

The exact nature of the contents was not immediately clear, but preliminary information indicated that only 10 to 20 percent of the spill comprised heavy hydrocarbons, limiting the potential environmental impact.

Two naval tugs had left the southern port city of Toulon and the Corsican capital Ajaccio to help in clean-up operations. The coast off Corsica is rocky, making it difficult to take measures to contain the spill.